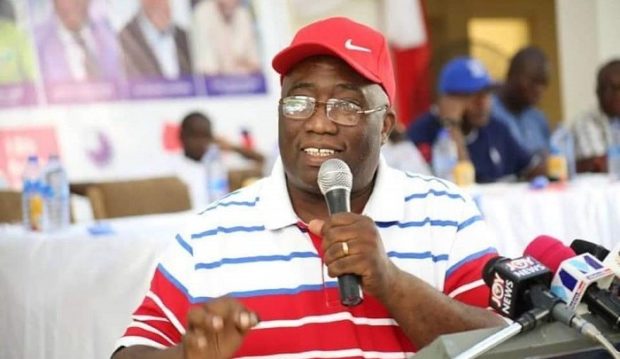 The Presidential candidate aspirant of the ruling New Patriotic Party (NPP), Joe Ghartey, has shared insights into the role Parliament ought to play in fighting corruption in Ghana.

Hon Joe Ghartey said Parliament had a unique opportunity to clarify the situation in the new Standing Orders of Parliament that was being prepared. Joe Ghartey also reminded Parliament of its oversight responsibility over the Executive and said this could be used effectively in the fight against corruption. He noted that the Executive did not include only politicians but also public servants and reports form the Auditor General revealed that the vast majority of financial infractions was not from politicians. Commending government for its increase in funding of anti corruption agencies, he urged those in charge of those agencies to be courageous in the execution of their mandate.

He made the assertions in his submission on the floor of Parliament.

The seasoned politician expressed the profound belief that the relationship between Parliament’s Public Account Committee and the Office of the Attorney General needs to be strengthened.

In the new Standing Orders of Parliament, he said the relationship between the Public Account Committee and the Attorney General’s Office “must be sorted out properly.”

Related Topics:Joe Ghartey Speaks on the role of Parliament in fighting corruption
Up Next

How this Ghanaian business mogul nearly paid US$200,000 to join Virgin Galactic spaceship