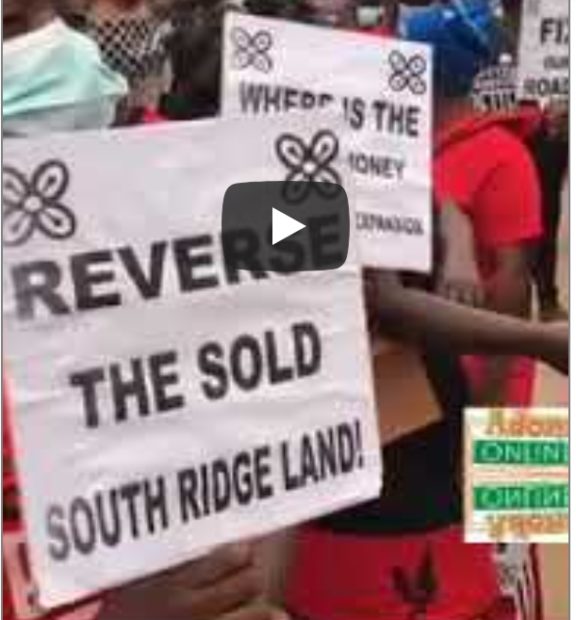 Scores of Sunyani residents including traditional rulers have taken to the streets to embark on a massive demonstration.

According to the protesters, despite their massive contribution to Ghana’s development in agriculture, sports, among others, they have not witnessed any transformation.

They said successive governments continue to take them for granted, treating them as cash cows and starving them of their fair share of development.

Meanwhile, security personnel have been deployed to the area to ensure a smooth process.

Related Topics:Sunyani chief
Up Next

Joe Ghartey Speaks on the role of Parliament in fighting corruption