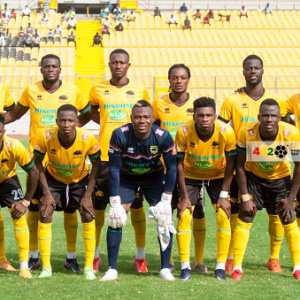 He said juju played a key role in the club’s league success this season as they set up operational team members to take charge of the spiritual aspect of the game for the club.

The Porcupine Warriors were very impressive in the 2021-22 Ghana Premier League campaign, nonetheless, the club legend claims Juju was one of the most important things that helped the club to win the title.

Despite their outstanding showings in the league this campaign, the former Kotoko star has given some credit to juju being a key part of the club’s success.

He told Accra-based CTV; “Black Magic (Juju) won the league for Asante Kotoko, we formed an operational to help the club spiritually, we contributed sometimes 50cedis or 100 cedes to help the club at weekly basis and I can say that this played a key role in our league victory.”

Kotoko are champions of the league season and will be given the covetous trophy on Sunday at the Baba Yara Sports Stadium in when they host the Already-relegated team Elmina Sharks FC.