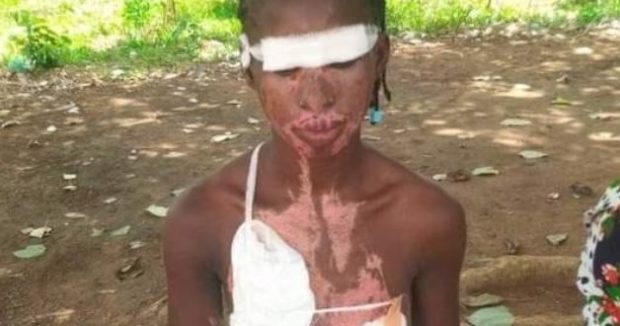 The Bibiani Circuit Court in the Western North Region has remanded 25-year-old Francis Ennin aka Fiifi two weeks into police custody for allegedly bathing his baby mama with acid at Sehwi Bokabo.

The Prosecutor, Benjamin Owusu Agyemang, told the court the suspect has two kids with the victim, 19-year-old Mary Owusu.

However, he has failed to perform his fatherly duties, hence, Mary’s family warned him to stay away from her and the children.

The decision did not go down well with Fiifi who in return bathed his baby mama with the acid.

The court, presided over by His Honour Joshua Caleb Abaido after hearing the facts of the case remanded the suspect.