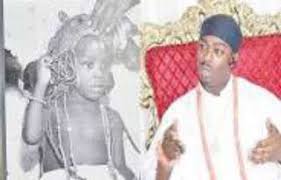 Any children at age two would be playing games or having fun with other kids but not for Benjamin Ikenchukwu Keagborekuzi I.

At that tender age, he had been crowned king or Dein of the Agbor Kingdom, a Nigerian traditional state in Delta State, Nigeria. Born on June 29, 1977, Keagborekuzi I also set a record as the youngest monarch in the entire world at his installation in 1979.

His installation at just 28 months old, which was recorded in the 1981 edition of the Guinness Book of World Records, followed the untimely death of his father and then reigning Agbor monarch, James Obika Ikechukwu. Ascending the throne at that age followed the tradition of hereditary succession. That tradition began during the third dynasty of Agbor royalty in 1270 AD under the reign of Dein, after whom the title of the current monarchy is known.

Agbor, an ancient kingdom, has never been defeated even by the neighbouring Benin Kingdom, according to some records. It is basically made up of three distinct dynasties: the Ogiso dynasty, the Ogene dynasty, and the Dein dynasty, which is the current one. Dein, who began the third dynasty of the Agbor royalty, reigned for 37 years (from 1270 to 1307 AD), before he passed away. His son, Dein Owuwu, was made king. Owuwu reigned for 26 years (from 1307 to 1333), according to one account. It was in October 1979 that Keagorekuzi I was made king. This was after his father, who had reigned for 11 years, died.

Keagorekuzi I became the 18th king of the kingdom at just two and a half years old. But due to security concerns largely in connection with the sustainability of the stool, Keagorekuzi I and some members of the royal family relocated abroad. Keagorekuzi I remained there for about 25 years and returned recently to his kingdom where he has since rallied his subjects around the crown while ensuring peace and instituting reforms to better the lives of his people.

Being a constitutional democracy, Nigeria elects its representatives, however, the hundreds of ethnic communities scattered across the country still acknowledge their own traditional rulers. It was tough for the people of Agbor while their king was away. 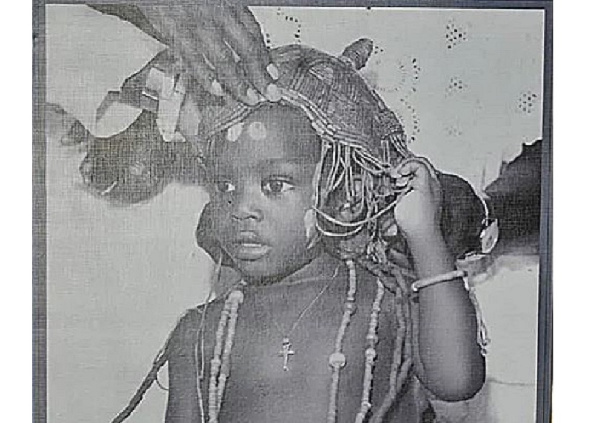 “Really, my stay abroad affected the development of the kingdom 100 per cent. We are talking about 25 years of not having their king around,” Keagorekuzi I told The Punch recently. “Certainly, my long stay abroad caused huge problems and we are still dealing with them because the majority of Agbor people grew up without knowing their king, so they don’t know what it takes to serve a king anymore. Now we are learning almost from the scratch.”

For Keagorekuzi I, the most interesting part of being a monarch is the opportunity to make a change though he indicated that it’s been “extremely frustrating”. He said it is worrying that Nigeria is “going backwards” instead of making use of its abundant mineral resources. His other challenge as the Dein (king) of Agbor is the opposition he gets from the elite.

“Let me tell you the truth, if the elite in Agbor cooperated with me, I would have made Agbor like Dubai,” he said in his interview with The Punch. “If they [elite] would work with me in Agbor; in five years, I would make Agbor so beautiful and functional that the government of the day would be forced to know it is so possible,” he said in 2019.

Despite the challenges, the 44-year-old remains one of Nigeria’s most exposed kings. Apart from being a guest of honour/ guest speaker at Belgium King’s Day celebrations and guest of honour at Spanish Day celebrations, he was a guest of the German Embassy during the visit of the German Chancellor to Nigeria. Keagorekuzi I was also one of the monarchs invited by the Federal Government to receive the Queen of England during her visit to Nigeria.

He has also been invited to many African and European nations and in 2006, then-Nigerian President Olusegun Obasanjo named him the Chancellor of a University, making him the youngest Chancellor of any university – public or private — in all of Africa at age 29.