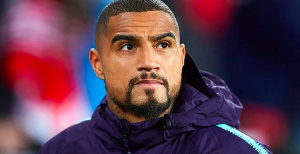 Kevin-Prince Boateng is no longer slowed down by the coronavirus. As Hertha BSC put it on record, the 34-year-old was able to return to team training on Tuesday and, together with his teammates, start preparing for the upcoming home match against Eintracht Frankfurt on Saturday.

With the training comeback, the midfielder should be an option for head coach Tayfun Korkut again.

Since returning to Hertha, Boateng has played in just twelve league games – an average of 32 minutes per game. He hasn’t been on the field at all since mid-January.