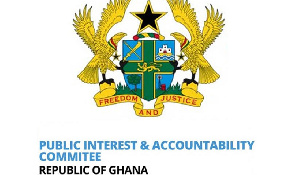 The Public Interest and Accountability Committee (PIAC), has indicated that a rural market project at Otu-Kwadjo in the Nsawam Adoagyiri Constituency in the Eastern Region, which was funded and executed with petroleum revenue, does not exist in the specified community.

According to the independent statutory body mandated to promote transparency and accountability in the management of petroleum revenues in Ghana, the information was made available by the Ministry of Finance (MoF), stressing, the project has been fully completed at Otu-Kwadjo.

“The contract was awarded through the Ministry of Special Development Initiatives (MSDI) to Basham Company Limited (BCL) on January 29, 2019, and was expected to be completed after six months,” Graphic reported.

PIAC was able to come out with such a report when the committee members visited Otu-Kwadjo on Friday, February 11, to inspect the said project MoF has made available to them but realised that a project of such nature did not exist in the community – the market, storage and boreholes were not found.

The only borehole project found in that community, Otu-Kwadjo residents said, was built through their efforts several years ago before the MSDI contract was awarded.

Officials of the Nsawam Adoagyiri Municipal Assembly, who joined the inspection team, suggested that perhaps it was not Otu-Kwadjo rather another community called Kojo Electoral Area in the same municipality.

PIAC inspection team then visited the said Kojo Electoral Area where a market project with a similar description was found, yet without boreholes, toilet facilities or electricity.

The project, which has been reported to be fully completed and handed over, had an empty water tank mounted, the sheds were not occupied, yet those allocated were redeveloping them to suit their needs.

Alhaji Suleman Anderson, a member of PIAC told the state-owned newspaper that he is surprised there was no involvement of communities and beneficiary institutions in the project selection and/or implementation, making tracking and demand for accountability difficult.

“What we have found with regards to the market project at Otu-Kwadjo or Kojo Electoral Area is disappointing and we think that going forward the government in siting project anywhere must liaise with the municipality or the district assembly to properly assess their needs and also make them part of the process when awarding the contract so that they can be part of the supervision.

“The situation where the project is ongoing and the supervisor sits in the city, has no idea of what is happening on the ground and yet sits in his office and certified that the project has been done and handed over must stop,” Alhaji Suleman Anderson stated.

He noted that it was not appropriate for proper development and value for money on projects funded by the government.

“And so, we think the government must revisit the processes of awarding contracts and change it for the better.

“We do not think this type of contract should be awarded from Accra, where people in the localities or the beneficiaries have no idea,” he said.

Alhaji Anderson further stated that PIAC would send a special report to the Presidency and Parliament to inform them officially on the discrepancies in the market project at Otu-Kwadjo and Kojo Electoral Area.