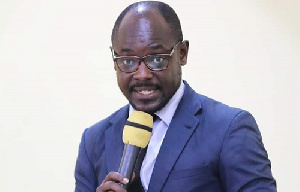 Kotoko were due to play the miners on Thursday but late Wednesday night the Ghana Football Association(GFA) postponed the match citing security reasons.

The reds who were already in Obuasi ahead of the game on Thursday expressed their displeasure about the late postponement and called on the GFA to refund their monies wasted on the abortive game to them.

Kotoko also demanded that no other game is played in the Ghana Premier League until their match day 29 clash against the miners is honoured.

Speaking to the Graphic Sports in an interview, Asante Twum reiterated that no club has the power to dictate to the FA as to how it should run the league and has rejected calls from Asante Kotoko to postpone the league until they honor their game against Ashantigold.

He stressed that all matches would be honored over the weekend and emphasized that Kotoko are scheduled to play Berekum Chelsea which will be played irrespective of their call for postponement.

“I do not want to place a premium on this letter and whatever they are asking for because they do not have the right to determine when games are played, no club has that right.

He also hinted that even when Hearts of Oak claimed to have been hit by a strange disease before their game against Bibiani Gold Stars, the game was not postponed because the club could not provide proof of their claims when the FA demanded it.

“When Hearts of Oak reported to us that they had some strange illness on players we asked them for further and better particulars unfortunately they couldn’t provide for which reason they went ahead to play against Bibiani Gold Stars.

He said apart from the General Secretary who has the power to determine whether or not a game will be played, no other person or club can decide on when a game should be played so Kotoko’s call will not be accepted.

“So, they (Kotoko) cannot tell us to postpone the league, they don’t have that power. The only office that has that power is the General Secretary”, he noted.