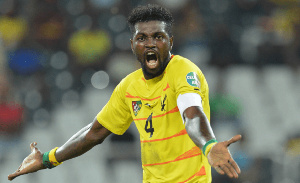 Obeng Nyarko in a social media post denied that the club have held talks with the former Real Madrid man.

Earlier reports claimed that the porcupines have held successful talks with Adebayor with both parties agreeing on a short-term deal.

The report further indicated that Adebayor would become the ambassador of their shirt sponsor, Hisense.

In the past, Emmanuel Adebayor had successful spells with other top clubs including Manchester City, FC Metz, AS Monaco, Crystal Palace, as well as Instanbul Basaksehir.

Meanwhile, Asante Kotoko lead the Ghana Premier League and will host Dreams FC in the opening game of the last lap of the season.

Previous He was not ready, he had his focus on Ghana – Akon on his failed signing of Sarkodie
Next Salaries will be paid in the short term – Government assures public servants