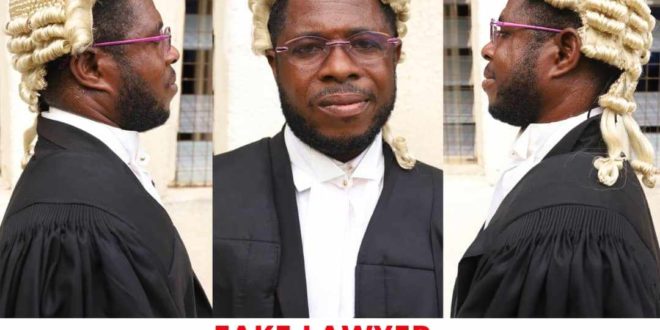 The Ghana Police Service has arrested the lawyer for the suspects standing trial for succession in some parts of the Volta Region Dennis Seyram Benson for being a fake lawyer.

Dennis Seyram, 42, has been representing the suspects involved in the Western Togoland secession since September when they were arrested.

However, the Police said looking at his demeanour while at the Kaneshie District Court (2), he looked suspicious.

The Police said upon further interrogation by the police, it was realized was never a lawyer.

Dennis Seyram is currently with the Police assisting with investigation.

Secessionists took over some parts of the Volta Region in September 2020. These group of people attacked Police stations and took guns and other amours from the Police.

To them, they were demanding their freedom from Ghana because they do not belong to Ghana per their history.

However, a joint operation by the Police and the Military fished the persons behind the attacks out who are currently standing trial.