Home / AFRICA / Man in court for stealing skull from cemetery 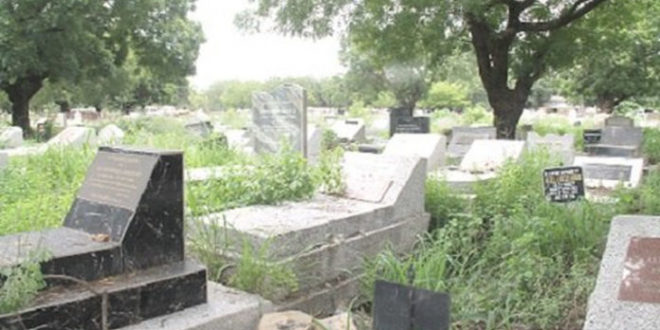 Man in court for stealing skull from cemetery

The police on Tuesday May 31, arraigned a 38-year-old man, Ebuka Enuma, before a Yaba Chief Magistrates’ court in Lagos for alleged possession of a human skull.

The suspect who lives at Bariga area of Lagos, is said to have stolen the skull after he broke into Amukoko Cemetery and excavated an old grave on May 13.

The offence, she said, contravenes the provisions of Section 238 of the Criminal Law of Lagos State, 2015.

Shortly after the suspect pleaded not guilty to the charge against him, Chief Magistrate Adeola Adedayo admitted him to bail in the sum of N300,000 with two responsible sureties.

The case was then adjourned till June 28 for mention.

Tags cemetery court FOR FROM IN man Skull STEALING