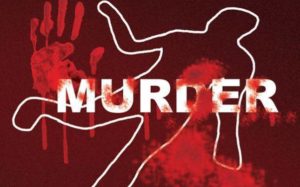 The embattled husband of a 27-year-old woman, who connived to murder the husband at Pameng in the Atiwa West District of the Eastern region, says he has long forgiven her wife.

Fifty-five-year-old Cudjoe Gator is also pleading for leniency for the wife, whom he has four kids with.

Mavis Brepo, also known as Ohemaa, 27, and her 51-year-old boyfriend, Patrick Asare,were arrested by police at the Manhyia Divisional Command for attempted murder.

The two were remanded into police custody when they made their maiden appearance before the Asokwa Magistrate.

Previous Pius Hadzide Is A Threat To Press Freedom; Sack Him ― Group To Akufo-Addo
Next Fire guts stores at the Navrongo main market