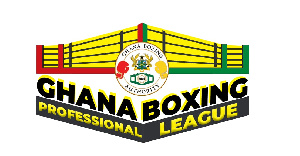 The Ghana Boxing Authority has announced that the application for media accreditation for the 2022 Ghana Professional Boxing League Season is officially open.

According to the organizers, media organizations interested in covering the various fight nights of the Pro Boxing League can officially apply for accreditation by sending requests to [email protected] or present a letter on an official letterhead to the Communications Department of the GBA with the names of designated journalists.

In a release copied to GhanaWeb, the GBA said “All media houses should kindly note that requests that are not on official letterheads will not be considered.

Media houses are also to note that accreditation does not confer rights for live commentary, live broadcast or Live Streaming of Fight Nights”.

The GBA said live Commentary and broadcast rights are the preserve of the media right holders IMAX MEDIA GROUP.

The following accreditation allocations will be made for the media:

The accreditation process begins immediately and would be closed at 5:00 pm on Friday, March 11, 2022.