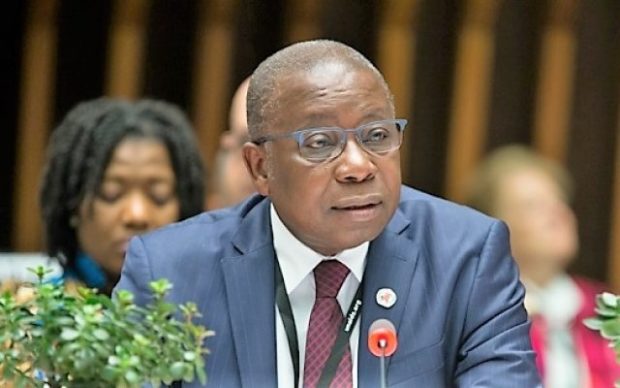 The Minority in Parliament has filed a motion for a vote of censure against Health Minister, Kwaku Agyeman Manu over his role in the procurement of Sputnik V vaccines from Russia through a middleman.

Parliament Wednesday by consensus adopted the report of the committee which indicted the Minister of failing to seek approval from Parliament, the Attorney General, and the Public Procurement Authority (PPA).

Speaking to the media after the adoption of the report, Vice Chairman for the Ad-hoc Committee, Kwabena Mintah Akandoh disclosed enough signatures have been gathered to trigger a vote on the fate of the Health Minister.

“As you’ve all followed the procurement of Sputnik V, Parliament constituted a bi-partisan committee. We’ve finished our work have brought the report, debated and today the question has been put. It means the report of the Committee has been adopted by the House.

“All this while, we have been on the strong conviction that President Nana Addo Danquah Akufo-Addo will have done the needful. From all indications, it looks as though the President hasn’t seen or heard anything. Therefore, we as Members of Parliament, especially on the Minority side by Article 82 have filed a motion. In fact, we have got the required signatories to pass a vote of censure so that probably the Minister will be asked to stay away from the Ministry because we find him incompetent,” he narrated. 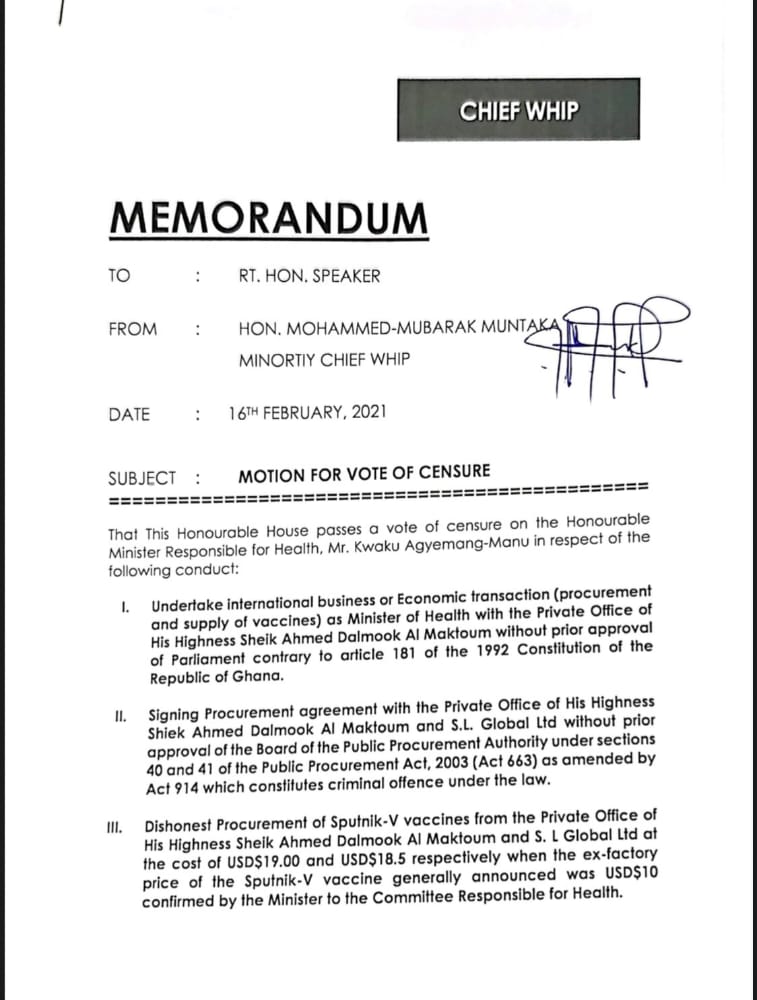 Mr. Akandoh continued that “I mean serious indictment have been leveled against him. Per the report and some of which include that the transaction with Al Maktoum was of international nature and he ought to have come to Parliament for prior approval. Again on the procurement of Sputnik V, he ought to have had approval from the Board of Public Procurement Act. He didn’t do so contrary to section 40 and 41.”

However, the Chairman for the Ad-hoc Committee, Alexander Afenyo-Markin argued that the adoption of the report by consensus should end the matter.

But a Member of the Committee, Bernard Ahiafor disagreed.

According to him, the Minister must be made to pay for the breaches for which he was indicted by the report in accordance with the law.

Previous Ministry of Fisheries ordered to refund US$17,397 used for foreign travels
Next Commodities whose prices have skyrocketed in 2022