Home / BUSINESS / Ministry of Fisheries ordered to refund US$17,397 used for foreign travels 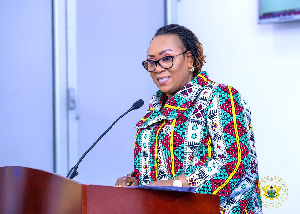 Ministry of Fisheries ordered to refund US$17,397 used for foreign travels

The Ministry of Fisheries and Aquaculture Development has been directed by the Public Accounts Committee of Parliament (PAC), to refund US$17,397 or its cedi equivalent to the government’s coffers within two weeks.

The amount which was used for foreign travels by members of the ministry were not accounted for and was not backed by the relevant documents.

Chairman of the committee, Dr James Klutse Avedzi, gave the directive when a team from the ministry, led by the Minister of Fisheries, Mrs Hawa Koomson, appeared before the committee on February 15, 2022, to respond to infractions cited against the ministry in the 2018 Auditor-General’s report.

Mrs. Koomson told the committee that, receipts totalling US$20,803 had been recovered from the officers, leaving US$17,397 as outstanding expenses after letters had been written to the officers with whom those infractions had occurred.

The Chief Director of the Ministry, Mr Kwesi Amo-Himbson, also noted that one officer who owed US$1,750 was deceased thus retrieving the money would be difficult.
But the chairman of the committee said family members of the deceased should be contacted and made to refund the money.