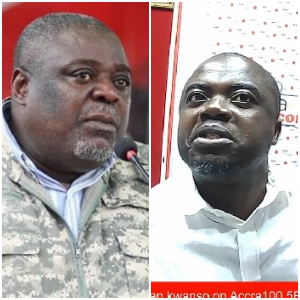 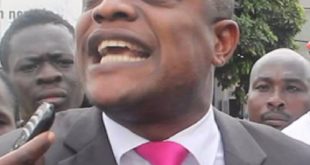 Embattled Accra FM presenter, Kwabena Bobie Ansah may just be in another trouble as the Founder of the Atta Mills Institute, Koku Anyidoho, has petitioned the Ghana Police Service to have him investigated over some wild and damaging utterances shared in a YouTube video he distributed.

According to an Asempa FM interview with Koku Anyidoho, he said he also wants an official inquest made into the death of late President John Evans Atta Mills since the said video implicates him in a way that needs clearing.

In his February 10, 2022, petition, Koku Anyidoho said the YouTube video in the name of a certain JM Ba Kwadwo, contained open verbal threats against him, including a brazen notice of plans to attack him.

“On 7th February 2022, at 2:36pm, a video clip on YouTube was circulated in the name of a certain JM Ba Kwadwo and widely circulated by a certain known radio presenter by name Nana Kwabena Bobie Ansah, who’s also a host of a radio program on Accra FM.

“In the video clip, open threats are issued verbally against me as well as putting me on brazen notice on planned attacks on me in diverse ways.

“Also, I am widely accused of having a hand in the death of late President John Atta Mills, which sad event occurred on 24th July 2012. I am also accused of going to shrines with the pictures of former President John Dramani Mahama with the sole aim of using foul means to end his life.

“In the view of above, I respectfully report the case to the Police to investigate these very wild and damaging utterances that are directed at me by the above-mentioned suspects.

“I also take the opportunity to request for an official inquest into the death of the late President Atta Mills to clear my name and save my reputation,” Anyidoho’s petition to the CID said.

Confirming that he wrote the letter, Koku said all he wants the police to do is to make sure the law works and that the people making such allegations against him are brought to order.

Previous Rise in use of traditional medicine in China causing new crisis in African nations: Report
Next Tanzanian man invests US$3,000 to build his own grave

Kennedy Ohene Agyapong, MP, Assin Central, has opened up on his ambition to succeed President Nana …