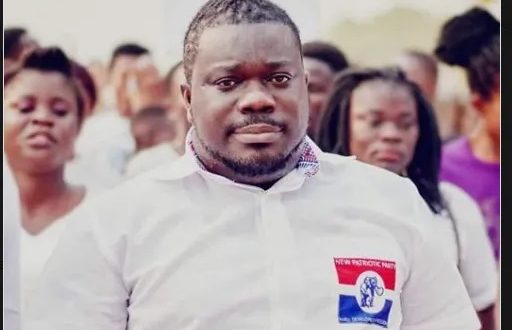 Veteran Hiplife artiste and multiple award winner, Obour born Bice Osei Kuffour has disclosed to Amansan Krakye on GBC Radio Central monitored by MyNewsGh.com that he belongs to the New Patriotic Party (NPP) because it’s in the DNA of his entire family lineage.

“NPP is a party that I have always admired from my boyhood days. It is a family that we all belong to since both my mother and father are all card-bearing members of the great NPP.

“So all these while, it has been a party that I find very exciting because of their ideals and philosophy. That’s why I’m now a known member of NPP but I have been behind the scenes for some time now.”

At the age of six, Obour played many types of drums, especially the Atumpan, in the Juaso Asante Akyem chief’s palace where his father used to preside.

Obour became more involved in the activities of the constituency as Chiefs and several youth groups called on him to consider representing them as their Member of Parliament.

He however lost in his bid to represent the New Patriotic Party (NPP) in the Asante Akyem South constituency in the Ashanti Region, lost in the primary held on Saturday, June 20, 2020.

Obour revealed his intentions to run for Parliament last year and had taken steps towards that by initiating a number of development projects in the Asante Akyem constituency.

Allotey Jacobs, a social commentator has waded into the raging issue of Hopeson Adorye’s comments …