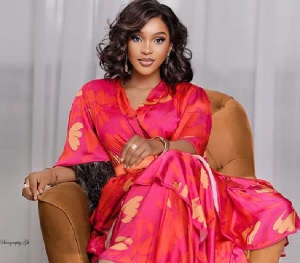 My househelp has demanded a salary increment, times are hard – Benedicta Gafah

Actress Benedicta Gafah has disclosed a conversation she had with her female househelp who demanded a salary increment due to the high cost of living in the country.

According to Benedicta, she has agreed to the terms of her woman who performs her household tasks just because she can relate to the situation that has seen Ghanaians complain about economic hardship.

The Kumawood actress, in a Facebook post on Wednesday, lamented the fall of the Ghana cedi to the American dollar, adding that prices of items have skyrocketed.

“My househelp politely asked for an increment in her monthly salary, then I asked her why I should do that..she said due to the high prices of basic needs, the money is unable to sustain her for the whole month… And it dawned on me that 1 dollar is now 10gh. So she’s right about it…And I honestly love the fact that she was able to open up to me, not forgetting she’s a single mother as well….And we all know that once the dollar goes up, it rapidly affects the price of every single thing. Interesting times,” the 30-year-old wrote in a Facebook post dated September 6.

Meanwhile, a host of celebrities have called on the government to find a solution to the high cost of items in the country.

Others, including Yvonne Nelson, Lydia Forson, and John Dumelo, have blamed President Akufo-Addo for the woes of the state.