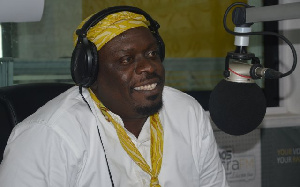 Sensational highlife singer and songwriter Nana Fynn has revealed that he gets the inspiration to write music mostly when he is naked.

According to him, he has this ability because he started his music career at an early age.

“Now I don’t even know how music comes to me. It is either when I’m alone or when I’m naked. That is when I’m taking my bath or when I’m on my bed”.

According to him, when you begin to do something at an early age, you end up becoming used to it.

“When I’m alone in a place for some time, it comes. I can write about four songs in a day, he noted.

Nana Fynn in the same interview also revealed that at age ten he had written more than 120 songs.

Tags AM COMES I inspirational MY NAKED SONGS to when WRITE