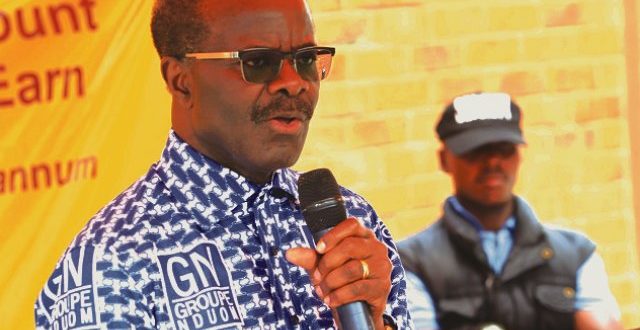 The Chairman and President of Groupe Nduom, Dr. Papa Kwesi Nduom, has sued the Republic Press newspaper over a news story published in its Monday, May 30, 2022 edition.

The front page of the newspaper carried the headline “Nduom’s GN Bank in Trouble Again” with Dr. Nduom’s name misspelled.

Dr. Nduom is contending that the newspaper acted as a “mischievous parrot” with its publication in a hurry without checking the facts or accuracy of something allegedly originating from the USA.

It would be recalled that Dr. Nduom led his family to acquire a small bank on the south side of Chicago in the state of Illinois in the USA in 2016. The bank is then known as the ISF Bank was rebranded as GN Bank after the acquisition.

“This bank is over 86 years old. The bank’s capital had been virtually depleted under the weight of millions of dollars of delinquent mortgage loans. The Office of the Comptroller of the Currency (OCC), the regulator, gave an opportunity to the bank to seek new capital in order to avoid being shut down. Dr. Nduom presented a strategic and capital plan which was accepted by the regulator and was allowed to take control of the bank,” said the management of the bank.

This was after some months of rigorous and involved investigation and examination of Dr. Nduom and his family. The OCC was particularly interested in the ability of the incoming shareholders to turn the bank around.

After six years of very challenging situations and hard work, GN Bank is now financially stable. This feat has been achieved despite the horrific impact of COVID-19 in the USA over the past two years.

“It has good capital above the regulator’s requirement, excellent liquidity, and is profitable. Last year, the bank invested in and implemented an ultra-modern core banking system called Precision from Fiserv a top rate technology company in the USA,” the management also stated.

The successful turnaround of the bank, observers believe is something to be celebrated by Africans everywhere. The bank offers deposit and lending solutions to African Americans and access to banking that the major banks even though they are present in the same south side of the Chicago community cannot provide.

Not surprisingly, a vocal minority of former customers who failed to make required payments on their loans have complained from time to time when the bank has taken action within banking regulations to make them pay.

In particular, the bank has initiated legal foreclosure actions to compel those who have been delinquent on making mortgage loan payments. It is such normal and appropriate actions that have helped bring discipline to the bank and have enhanced its prospects.

“GN Bank is not in trouble. In fact, it is thriving. The directors plan to initiate action to enable its growth to become a significant, small American bank. The bank has a national license which means when its capital allows, it can set up branches in other states of the USA.”

Dr. Nduom alleges in the lawsuit that the Republic Press newspaper hurried to publish a news story deliberately done to cause disaffection, financial loss, and damage to the reputation of Dr. Nduom in Ghana and internationally.