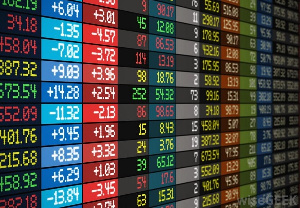 Prev1 of 3Next
Use your ← → (arrow) keys to browse
Nigerian stocks depreciated by 1.77 percent or N391.3 billion on Thursday as a negative investor sentiment wiped out all the gains garnered at the preceding trading session, setting the market up for a negative return this week.

Dangote Cement, Nigeria’s largest company by market value, shed 10 percent – the maximum daily downward movement permitted by the exchange – as hefty quantities of the firm’s shares were up for sale, triggering the fall. Sell pressure on NGX Group and Unity Bank also stoked the loss.

The board NEM Insurance announced a share reconstruction plan that will see every two of the underwriter’s shares converted to one in a bid to halve its outstanding shares, an ambition it said to have got shareholders’ blessing.

Market breadth, a determiner of investors’ sentiment towards trade, was positive as 22 gainers emerged relative to 15 laggards.

“While we believe there is some room for a near-term rebound in subsequent trading sessions, we retain a month-long bearish perspective on the equities market as sell pressures resume later in the month,” said analysts at Lagos-based broker and investment bank United Capital in a note seen by PREMIUM TIMES.

Source: mynigeria.com
Prev1 of 3Next
Use your ← → (arrow) keys to browse
Related Topics:nigerianSTOCK MARKETtumble
Up Next

My husband loves dogs more than me – Wife tells court