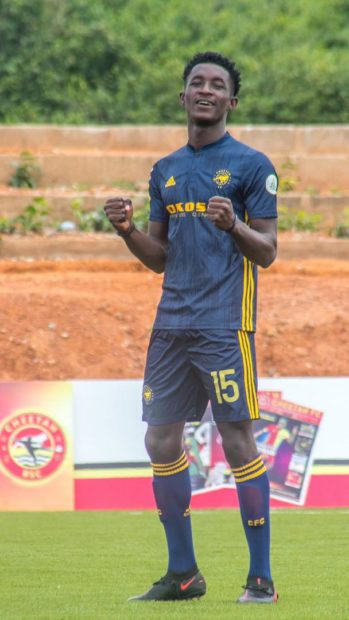 Morrison joined Cheetah FC junior side some 11 months ago (January 2021) and has never looked back. His discipline, hard work and passion for the game is arguably second to none among his peers.

During his short spell with the club juniors, the 17-year-old Morrison became a solid figure in the heart of the team’s defence.

In November 2021, he was one of the 14 junior players who gain promotion into the senior side. Without a doubt, Morrison is a young lad with huge potentials who is capable of making a great career if he continues on his developmental trajectory. We wish him the best of luck in his new challenge and career. He will be joining another youngster John Batigi who also left Ghana on the 2nd of December to Join FDC Vista