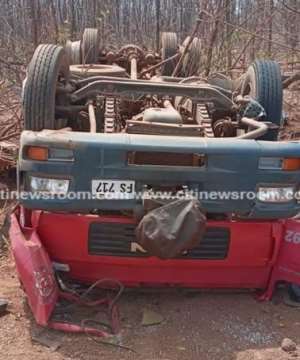 One person has died with four fire officers left in critical conditions following an accident involving a motorcycle and a Fire Tender at a section of the Kwame Danso-Atebubu road.

The accident occurred at about 10:40 am on Tuesday, February 15, 2022, when the motorbike rider carelessly crossed a Fire Tender responding to a distress fire call in Atebubu.

According to Police, the fatal accident occurred when a motor bike rider carelessly crossed the Fire Truck.

“In an attempt to avoid hitting and killing the motor bike rider, the Fire Truck then lost its balance and summersaulted thrice on the highway landing on its roof in a nearby bush. The Fire Truck is badly damaged.”

Drivers who chanced on the accident when it happened helped to convey the critically injured Crew Members to the Atebubu government Hospital.

4 of the critically injured Crew have been referred to the Techiman Holy Family Hospital.

The other Crew Member is responding well to treatment at the Atebubu Government Hospital. 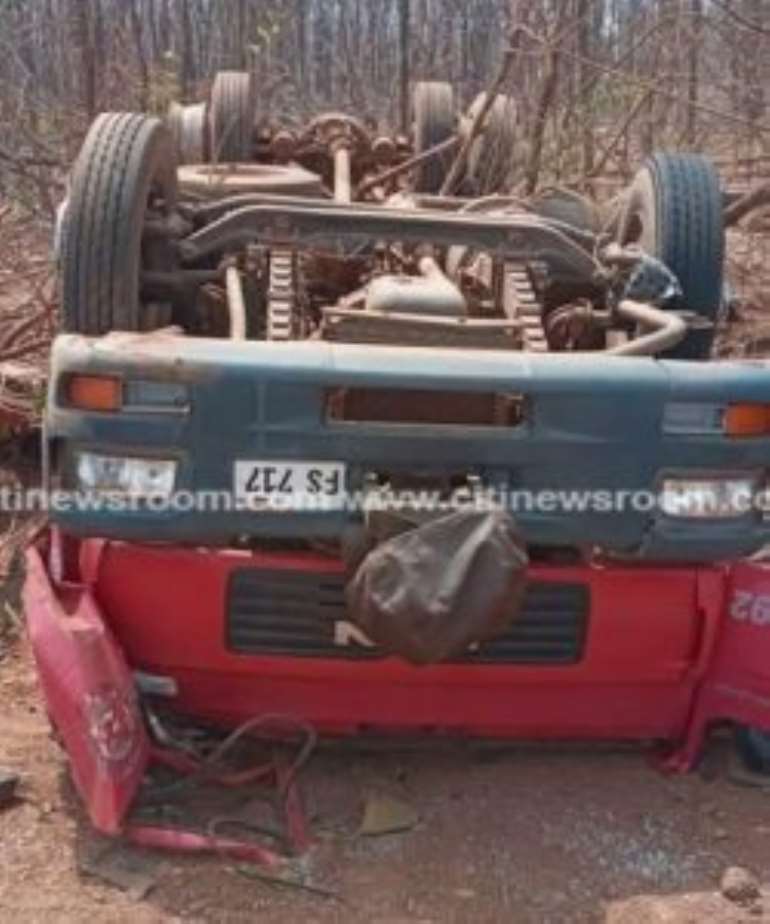