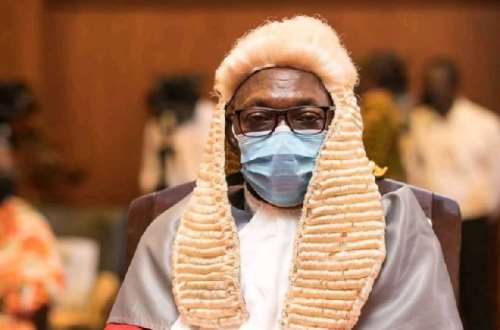 Read This: 44 villages in Drobo State support the Anti-LGBTQI+ Bill, warns MP not to vote against it

Justice Clemence Honyenuga has said the former Chief Executive Officer (CEO) of Ghana Cocoa Board (COCOBOD), Dr Stephen Kwabena Opuni, who is standing trial with businessman Seidu Agongo in the GHS217-million financial loss case, “might have been hallucinating” in court, thus, his (Dr Opuni’s) allegations of bias against him in the ongoing trial.

Justice Honyenuga made the comment while ruling on an application filed by Dr Opuni to get the Supreme Court judge, who is sitting as an additional high court judge, to recuse himself on the matter.

Justice Honyenuga said the allegations of bias, prejudice and hostility made against him by Dr Opuni are blatant lies and urged the first accused person to learn to “speak the truth”, adding: “I think that the first accused might have been hallucinating when DW1 (Defence Witness) gave evidence”.

He said Dr Opuni’s claim that “I showed open hostilities toward him since he opened his defence” was not true.

Before his ruling, Justice Honyenuga indicated in court that the Chief Justice had authorised him to be a judge in his own court by hearing the recusal motion.

Justice Honyenuga read the reply written on behalf of the Chief Justice by the Judicial Secretary, Justice Cynthia Pamela Addo thus: “I have been directed by His Lordship the Chief Justice to inform you that he has carefully studied the contents of your petition and has not found any allegations of likelihood of bias against the trial judge not to be fair in considering his right to determine an objection raised against his presence in the case.”

“Additionally, His Lordship the Chief Justice has indicated that it would not be in the interest of justice to transfer the motion to another judge to determine whether the judge is fit to sit on the motion”.

“For the above-mentioned reasons His Lordship the Chief Justice has refused the petition for transfer,” the reply to the petition stated.”

Nearly half of robots in Accra not working – NRSA