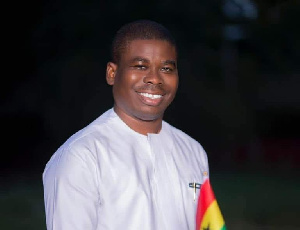 A former Operations Manager at the Forestry Commission Charles Owusu has dared the Minister for Lands and Natural Resources to make public the names of persons who have been given lands at the Achimota Forest.

“When we explain now, most people will not understand so I will give you an exclusive. We will make the people of Ghana know what has gone on at the Achimota Forest. If only the owners have come for their land then they should publish the names of people who benefited from the land,” he said.

Charles Owusu indicated that currently, individuals are becoming richer than the government.

“It’s sad because individuals are becoming richer than the government. People who are given the opportunity to serve in government take the position as their personal property and do what they want to become rich. It’s just like the Agyapa deal they want to introduce, that’s not the solution,” he said on OKAY FM.

Reports suggested that some portions of the land at the Achimota forest have been given out to the Owoo family.

However, some parts of the land government have said that it will go in negotiation with private investors to make it an eco-tourism site.

Tags ACHIMOTA BENEFICIARY FAMILY Forest not OF only Owoo