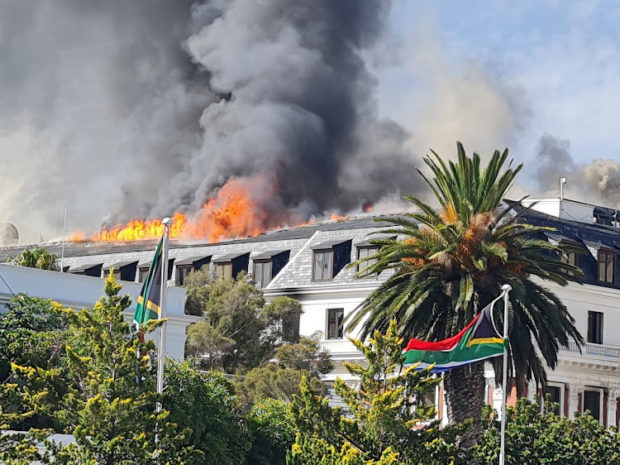 Parliament bosses will meet finance minister Enoch Godongwana to discuss a special allocation for the institution.

While no decision has been taken about the future of parliament — some buildings of which were razed by an inferno last month — National Assembly speaker Nosiviwe Mapisa-Nqakula said the meeting will discuss its expenses.

She said the institution had been trying to meet Godongwana since last year to discuss the ongoing issue of a budget allocation by the executive. The meeting was likely to take place in the next two weeks.

She told a meeting of the joint standing committee on the financial management of parliament on Friday: “One of the things we are agreeing on when we talk together is that there may be a possibility that the National Treasury may have to pass a special appropriation bill for parliament for us to do some of the things we are meant to do as a result of the destruction by this fire.

“Those are the issues that will be determined by him. The minister of finance actually is ready to have a special appropriation bill for parliament to deal with the challenges we have,” said Mapisa-Nqakula.

MPs will also hear next week about proposals and costs for venues for parliament plenary sessions.

Mapisa-Nqakula said there was a work stream looking into everything including the future of parliament. Part of the challenge, she said, was that the institution is dependent on engineers assessing the damage caused by the fire and who will advise whether the structure is durable enough for rebuilding or whether parliament should consider a complete relocation from the site.

Mapisa-Nqakula alluded to the studies conducted by parliament over the years with regard to the relocation of parliament and what it would cost.

She said they were not talking about that at the moment, though the work stream would be able to advise them on what to do, including whether they should have public hearings and get South Africans to take a decision on a way forward.

“For now, everything that’s being done by the management of parliament is looking at the best possible way of ensuring, as we have directed, that parliament continues with its business”

Previous Russia-Ukraine War: It’s Not Easy! Even America And Britain Haven’t Evacuated Their Citizens – Gov’t
Next Riky Rick will be laid to rest in a private ceremony on Tuesday