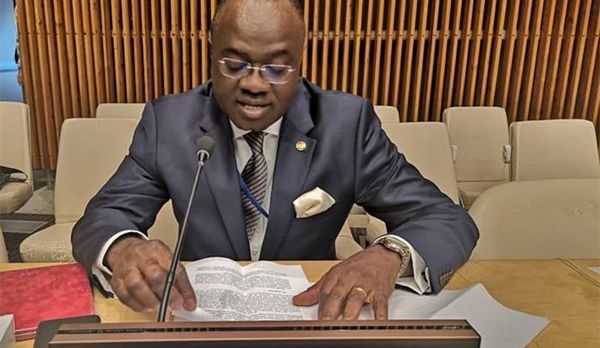 Deputy Minister for Foreign Affairs and Regional Integration, Kwaku Ampratwum-Sarpong says it will be difficult for the government to evacuate Ghanaians in war-hit Ukraine.

He explained that Ukraine is now a ‘no flight zone’ for any country to evacuate its citizens.

” . . Evacuation from the country is not easy . . . it will not be advisable to fly any plane . . . we don’t have a mission in Ukraine . . . we have just a honorary consul in Kiev . . . we are making efforts to move some of our people to western Poland . . . even America and Britain have not been able to evacuate their citizens yet, the fight just started,” he said in an interview with NEAT FM’s morning show, ‘Ghana Montie’.

There is tension between Russia and Ukraine after Russian President Vladimir Putin launched airstrikes into Ukraine in the early hours of Thursday, February 24, 2022.

However, Russia has warned against further damaging actions.

The dire nature of the situation and the potential of it becoming a full-blown war has compelled Ghana’s Foreign Affairs Ministry to release a statement on measures being taken to protect Ghanaians in Ukraine.

The statement reads, “the Government of Ghana is gravely concerned about the security and safety of our over 1000 students and other Ghanaians in Ukraine and has asked them to shelter in place in their homes or in government places of shelter as we engage the authorities, our relevant diplomatic missions and our honorary consul on further measures.”