Home / GENERAL NEWS / Pay me the agreed money or I spill the beans – Mzbel dares ‘Mr. President’ over ‘Papa no’ 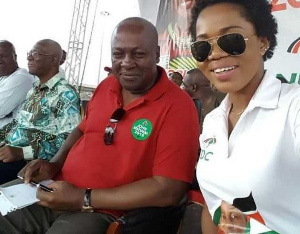 Pay me the agreed money or I spill the beans – Mzbel dares ‘Mr. President’ over ‘Papa no’

Musician Mzbel has asked one “Mr President” to stop punishing her because of the “Papano” issue.

According to her, the supposed “Mr President” owes her and has decided to punish her with the issues she had with Tracey Boakye during the 2020 elections.

To her, there is the need for the supposed Mr President to come settle her else it gets ugly if she decides to come for him.

Mzbel has posted this on all her social media handles indicating that its been six years and she’s fed up.

“Mr. President, I’ve been humble, considerate, quite and patient enough, so stop using this “Papanpo” issue as an excuse to punish me! When I have to chase people for what they owe me it gets ugly! Be a man of your word…. its been almost 6years already!”

This website cannot tell what the particular “Mr President” owes Mzbel but it could be remembered that Mzbel and Tracey Boakye clashed on social media over former President of Ghana John Dramani Mahama.

The clash was murky that some secrets about their relationship with the former President were leaked by certain individuals who knew about them.

The trend became worrying such that the former president’s chances of regaining his seat as President in 2020 failed woefully.