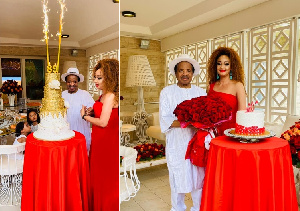 Photos have been released from the 89th birthday of Cameroonian President Paul Biya.

Online portals have shared photos of the President in the company of the First Lady and other well wishers at an event believed to have taken place at the Etoudi Palace in Yaounde.

In one of the pictures, the presidential couple are seen standing behind a multi-tier cake with the number 89 planted at the top. In another photo, the First Lady presents Biya with a bouquet of rose flowers.

Paul Biya is one of Africa’s longest serving presidents having come to power in November 1982.

The state-owned CRTV reported on his birthday, February 13, that youth in the Mfoundi Division converged at the Yaoundé Multipurpose Sports Complex to celebrate President Biya’s 89th birthday in “pomp and pageantry.” The president was represented by a Minister of State.

As of today, Biya has spent 39 years, three months and eight days in office. His current term of office will expire in 2025.

Biya has remained in power through political reforms like a single-party system in the 80s (which he abolished under pressure in the 90s), high-margin election victories (which have consistently been suspected as fraudulent) and has maintained a close relationship with France, the former colonial master.

Below are the photos from his birthday party: 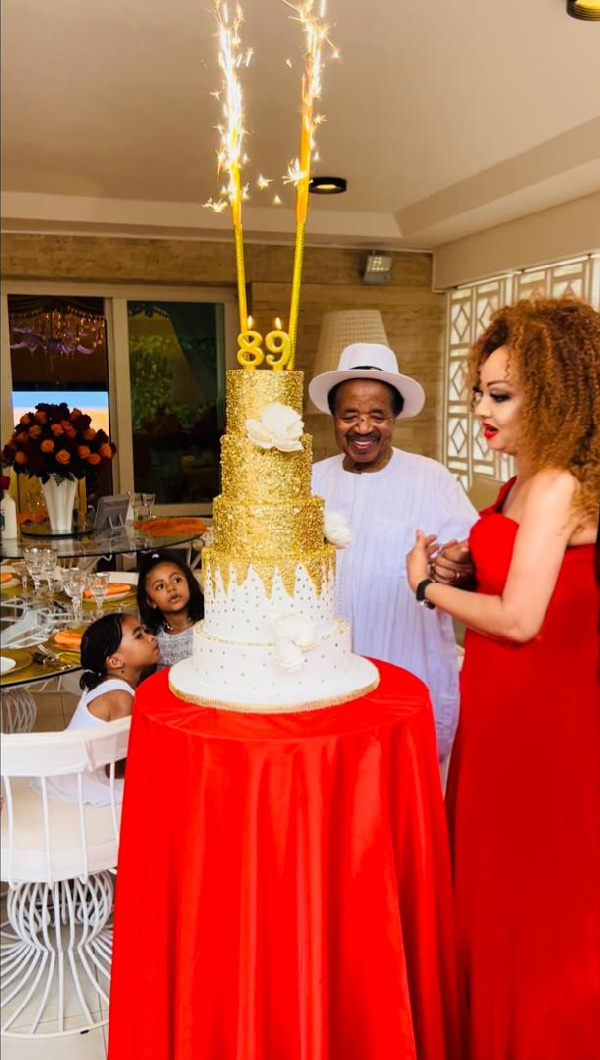 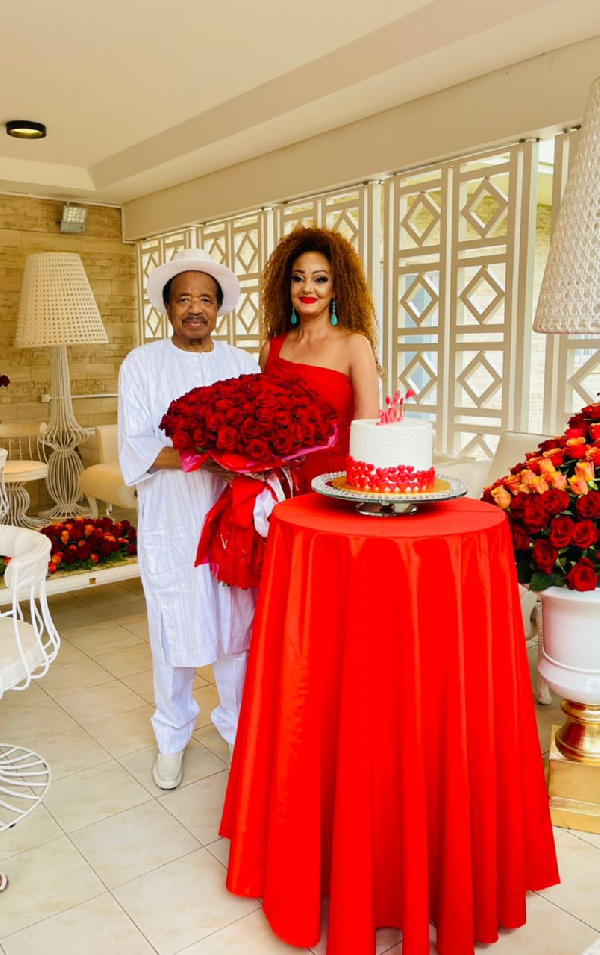 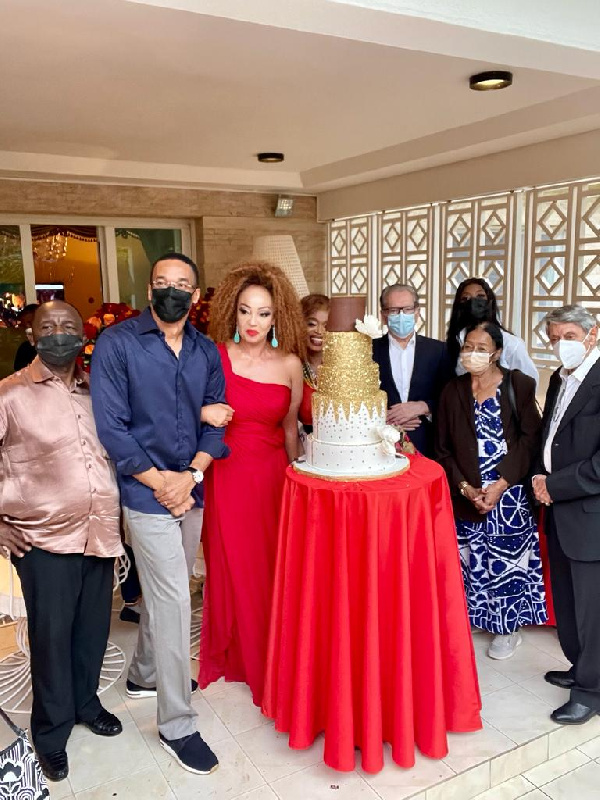 Previous Teen, 13, drowns at a beach in Cape Town
Next Fuel price to go up again by 30 pesewas