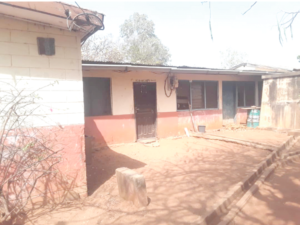 They were established to primarily serve as resting places and hideouts for Ghana’s first President, Dr Kwame Nkrumah, in the wake of the struggle for independence and political upheaval.

Located on the Karimenga hill top in the West Mamprusi Municipality and along the Nakpanduri Scarp in the Bunkpurugu/Nakpanduri District in the North East Region, the two guest houses which were built by the first President were strategically positioned in these areas for security reasons.

The serene forest and mountainous atmosphere also provided a safe haven for Dr Nkrumah and his family during a visit.

However, the facilities, built decades ago in the North East Region which was then part of the Northern Region, have now become white elephants.

The reason for this phenomenon is not far-fetched since after the overthrow of Dr Nkrumah in 1966, most of the projects and the idea behind their establishment were abandoned by successive governments.

One of the guest houses was built on the peak of the Karimenga hills, near Wulugu along the Tamale/Bolgatanga highway, while the other was built on the edge of the Gambaga escarpment at Nakpanduri.

The facilities are two three-bedroom apartments with ancillary facilities -kitchen and washrooms attached. 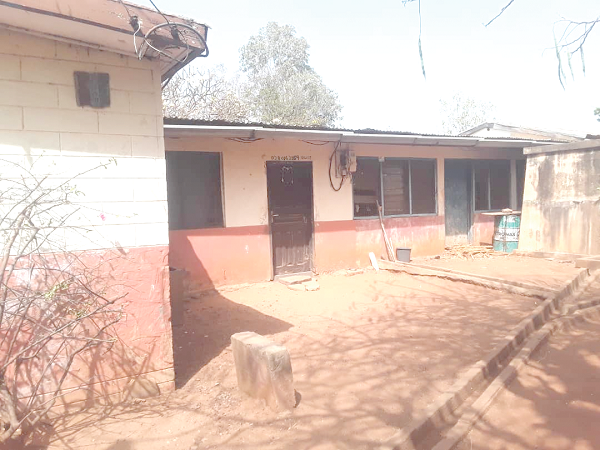 When the Daily Graphic visited the areas, it observed that the facilities had been left to rot, with weeds grown all over the premises. The facility at Karimenga hill top had been razed down by fire and the roofing sheets, woods and iron rods removed by unknown persons.

But for the remains of the dilapidated structure, it would be difficult for one to locate the once popular “Kwame Nkrumah Guest House”.

The situation was, however, different at the Nakpanduri guest house as it was still partially in use. During our visit, it was observed that portions of the facility were in a bad shape with a leaking roof, whereas other portions of the building were in a good shape but had no electricity connected to it.

In an interview, a caretaker of the guest house at Nakpanduri, Mr Duut Sakota, said: “I have been taking care of the facility since 2003 and during those days, visitors, both whites and blacks, were patronising the facility but now because of its deplorable state they have stopped coming.”

According to him, in the past, “anytime revellers visited the escarpment they usually patronised the guest house but because the place is not properly renovated, people have stopped patronising it.”

He said several reports made to the assembly for the renovation of the facility over the years had proved futile, adding that when the facility was in good shape visitors were charged between GH₡10 to GH₡20 per night, which was generating revenue for the assembly.

A bathroom in  the Nakpanduri guest house in a sorry state

Mr Wuni Siginaaba, a senior citizen at Karimenga, who witnessed the construction of the guest house in the area, told the Daily Graphic that when the guest house was in use it provided employment for many women because they used to sell food and beverages to the visitors.

“When it was built, people around here benefitted a lot from it but after his death the place has been abandoned. It would have helped the community a lot if successive governments had renovated it,” he said.

“The name of our community is no more in the newspapers again but our community was well known at the time the facility was functioning, anytime Dr Kwame Nkrumah was passing to Bolgatanga he rested at the guest house before proceeding,” he added.

Aside from the facility being a resting place for the first president, it also has some great historical architectural attractions because of the style and materials that were used to build the structure.

Despite their potential for revenue mobilisation and job creation, the facilities have not seen any renovation works since the overthrow of Dr Nkrumah.

The Paramount Chief of the Nakpanduri Traditional Area, Naba David Kansuk, in a recent interview with the Daily Graphic expressed worry about the failure of authorities to renovate and develop the guest house into a viable hotel, stating that it had a huge potential to generate revenue to the state and create jobs for the youth when properly developed.

He appealed to the government and investors to consider investing in the site to boost tourism and open up the area. 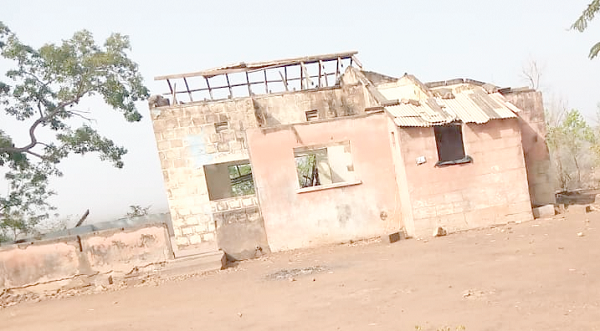 The deplorable structure at Karimenga

When contacted, the acting District Chief Executive for Bunkpurugu/Nakpanduri, Alhaji Majeed Duut, said plans were far advanced by the assembly to develop the place into a very viable guest house.

He said a number of investors, both local and international, had expressed interest to invest in the facility, adding that in the interim the assembly intended to raise funds to award the contract for renovation works.

“It is part of our plans but we lack funds so when funds are available, we will award it on contract. A number of investors have so far expressed interest to develop the place so that they can operate it while the assembly also gets its share of the revenue that will be generated,” he said.

Aside from these facilities, the region abounds with numerous tourist sites ranging from wildlife to landmark buildings. With the redevelopment of the once viable “Kwame Nkrumah Guest House”, it would largely attract revellers, which would boost tourism and the hospitality industry in the area.