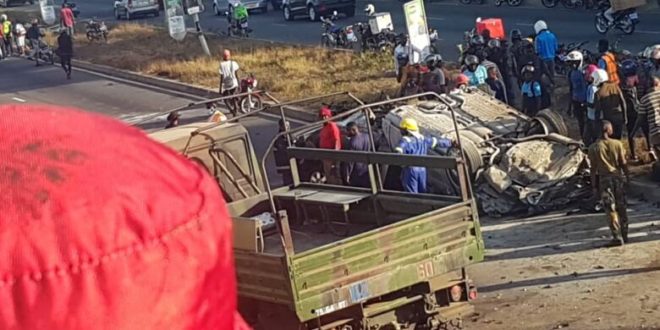 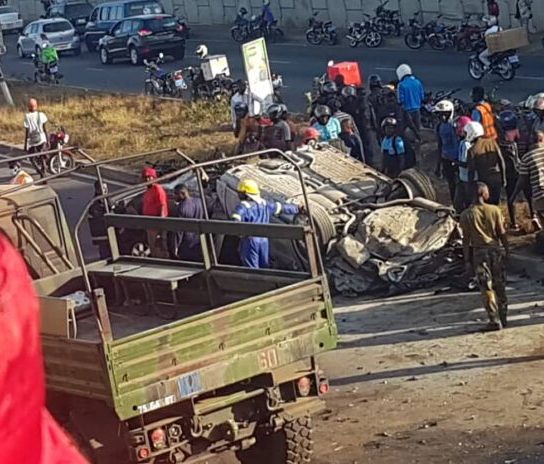 One person is feared dead after four cars were involved in an accident that occurred at the University of Ghana underpass on the Adentan-Accra highway.

Several others were injured in the accident, which occurred on Tuesday afternoon.

The cars involved were severely damaged, with one crashed beyond repairs.

According to a witness, the front tyre of one of the cars burst to force it to run into another car in the opposite lane.

This caused the other vehicles that were trying to move out of the way, to somersault in the process.

The accident caused heavy vehicular traffic on the stretch.

In photos that have gone viral, police and Fire Service officers were seen rushing to the scene.

A tow truck was on hand to move the cars away to ensure free flow of traffic.

Previous Kennedy Agyapong in ‘trouble’
Next VIDEO: Ibrahim Mahama wins hearts of these NPP bigwigs with his Dzata Cement initiative