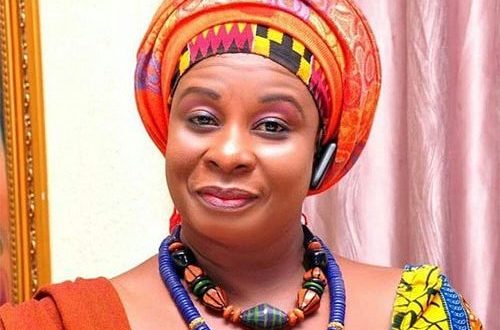 Veteran television hostess, Nana Adwoa Awindor has advised women to not see pregnancy as a hindrance in pursuing their desired career.

Speaking about her days working as a camerawoman with the then First Lady, Nana Konadu Agyeman-Rawlings, Awindor said she continued to work hard even while eight months pregnant.

According to the ‘Greetings from Abroad’ hostess, it took the intervention of the former first lady for her to go on a break to attend to her pregnancy finally.

“At a point in time, I was following Nana Konadu to do community engagements… I held my camera, and I was eight months pregnant.

“She went on tours to talk to women. And one day when we got to Atimpoku she called me and said I was pregnant and I didn’t deny.

“She told me it’s not normal and advised me to drop off…I was on camera shooting, and I was not lazing around…I had to be ahead of her all the time…there was no tripod, so you will always stand akimbo, and there was no time,” she narrated.

Nana Awindor who was on Adom TV’s Ahosepe Xtra attributed her subsequent success and fame in the TV business to her hardwork.

She advised women not to give up on their dreams because of a pregnancy, but should rather work with it to advance themselves.

“These things all happened while I was still making babies and I have two boys. So there is nothing you cannot do with pregnancy…otherwise, you can still do your work…you can dance around it. It doesn’t have to get scary. You can do it…” she said.

Tags BE dreams HINDRANCE not PREGNANCY SHOULD to your

Previous Mayhem at Amanase as 4 Fetish Priests arrested amidst gunshots
Next South Africa to allow women marry multiple husbands; here is why