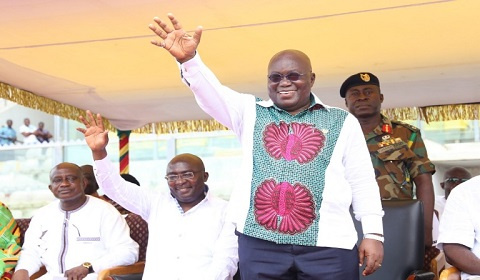 Government, through the Ghana Commercial Bank (GCB) has begun paying the locked-up funds to customers of the defunct DKM Diamond Microfinance Limited.

The exercise which begun yesterday, Wednesday August 5, 2020 saw GCB listing over 300 customers of DKM who will be receiving their funds.

This is in fulfilment of the President’s promise during his 4th State of the Nation Address (SONA) on February 20, 2020, when he said his government has made arrangements to pay all depositors of failed financial institutions, including DKM.

President Akufo-Addo announced that the government has made available an extra GH¢5 billion to pay affected depositors of failed financial institutions “a 100% of their deposits”.

The payment of the funds however is coming few days after former President John Dramani Mahama promised to settle aggrieved customers of defunct financial firms within a year if he is re-elected and claimed that the NPP government has failed the people.

But government has insisted that over 90 percent of the customers have been paid since the assumption of office by President Nana Addo Dankwa Akufo-Addo.

According to the list of the customers who are to be paid beginning August 5, 2020 will continue till Thursday, August 13, 2020.

GCB Bank’s main branch at Sunyani will be the recipient bank for onward transfer to branches in the other two cities.