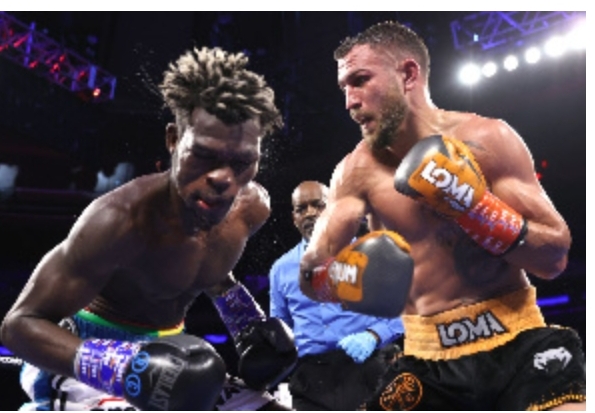 Ghanaians throw weights behind Commey despite defeat to Lomachenko

Ghanaian boxer Richard Commey has been in the trends since his defeat to Ukrainian boxer Vasiliy Lomachenko in the Lightweight division bout at the Madison Square Garden (MSG) arena in New York.

Lomachenko outclassed Commey to win the lightweight division belt on Sunday, December 12, 2021. The Ghanaian boxer is in the top five trends on Twitter after the loss.

Following the defeat, Ghanaians have reacted with some motivating Commey to keep his head up. Others also hailed Lomachenko for his class act of asking Commey’s corner to throw in the towel when the boxer was out of his feet.

@Asantefokuo tweeted: Yes, things didn’t go as expected for Richard Commey but the most important thing is to bounce back. We still love you.”

Here are other social media reactions after the defeat