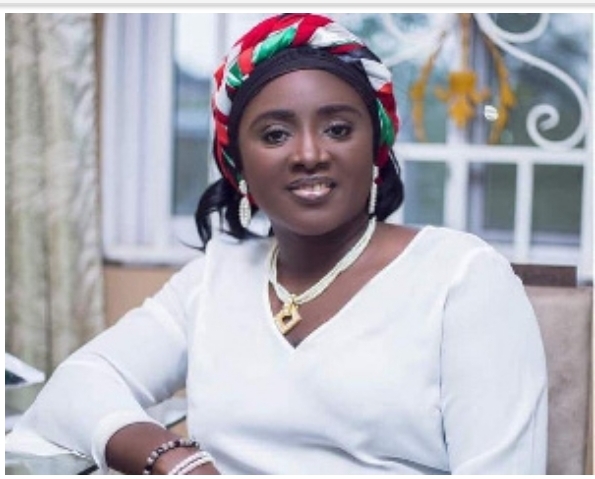 Hajia Fati a National Security personnel and a leading member of the New Patriotic Party (NPP) has asked the women’s organizer for the National Democratic Congress (NDC) Hannah Bissiw to reverse the curses she rained on Adwoa Safo.

According to her, Hannah Bissiw has cursed her daughter who is the Dome Kwabenya Member of Parliament; which is a bad omen for the Minister and therefore the earlier she reverses it the better for her.

Hajia Fati promises a showdown if Hannah Bissiw fails to comply with her directive indicating that she will advise herself and take things into her own hands.

“I am Hajia Fati of the NPP Headquarters, Hannah Bissiw has cursed my daughter Adwoa Safo and this is a warning to her, she should reverse that curse or I take her to court or I will also take matters into my hands and deal with her,” she said.

In a viral video, the women organizer for the National Democratic Congress (NDC) was heard raining curses on the Minister for Gender, Children and Social Protection.

The basis for the curses was the fact that she is said to have had someone impersonate her so that the Majority in Parliament can approve the 2022 budget.

Hannah Bissiw could not fathom why she will support such diabolic moves considering the fact that the 2022 budget imposes hardship on the people of Ghana.

The NDC women organizer then cursed Adwoa Safo that if she was not the one and claims to be the one present in Parliament the gods should deal with her.

Meanwhile, the Minority in Parliament has given the strongest indication that they will investigate the matter to bring finality to it.