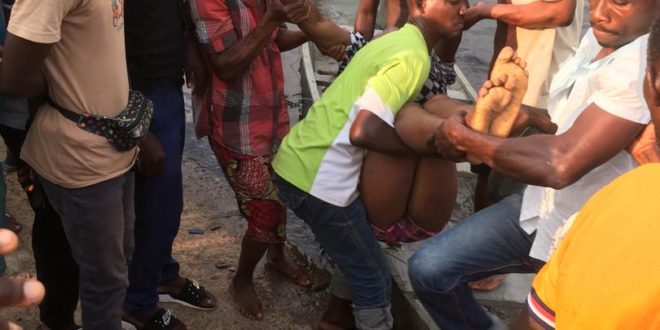 Seven passengers have been confirmed dead in a boat accident on the Volta lake in Afram Plains area in Eastern Region.

The boat which was carrying 20 passengers from Dzemani to Havekope Thursday April 14,2022 at about 8:00am met a heavy storm on the lake causing it to capsize.

Thirteen (13) passengers were rescued by local fishermen but the seven drowned. The deceased include 5 females and 2 males.

The bodies from have been deposited at a private morgue for autopsy and preservation.

The Public Relations Officer of the Eastern regional Police Command DSP Ebenezer Tetteh confirmed the incident stating that the ages of the deceased persons ranges between 31 to 16 years.

Boat accident is quiet common on the Volta lake.

In May 2020, 5 persons died after a boat aboard with 25 passengers sailing on return from Dzemeni to Agalakope met a violent storm at about 5:00pm on the lake which capsized the canoe.

About 10 persons were immediately rescued .

An 18-year-old boy who was part of the victims saved himself but an attempt to save his 60 year old mother Adjoa Ahilehe failed. She was retrieved dead by her son who carried the body to lodge complaint at the Police Station.

Previous Have Rihanna and her ‘baby daddy’ Asap Rocky split up?
Next Allotey Jacobs rejects Kwabena Duffour for Bawumia