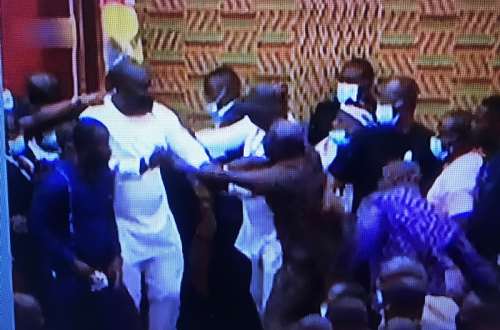 Ghanaians have taken to social media to lambast Members of Parliament (MPs) for fighting in the house on Monday night.

Last night, a debate on the controversial Electronic Transaction Levy (E-Levy) ended in blows during the voting on whether the E-levy bill should be taken under a certificate of urgency.

It all started when the Second Deputy Speaker of Parliament, Andrew Amoako Asiamah was asked to take over from First Deputy Speaker Joseph Osei-Owusu so that the latter could cast his vote.

With the minority having none of that, a brawl was started as some MPs received blows, some shoved to the ground, others beaten with chairs, and some pushed around.

With the video of the disgraceful brawl going viral on social media, Ghanaians could not hold back as some rained insults on the Parliamentarians they have voted for to represent them.

“No difference between dogs and dem apuu.

“..so are these the people leading us oo my mother Ghana noo Aim,…….

“Do they think fighting is the best way to resolve any issues there? Anyway some of these MP’s will be good in boxing ring than being at the Parliament.” 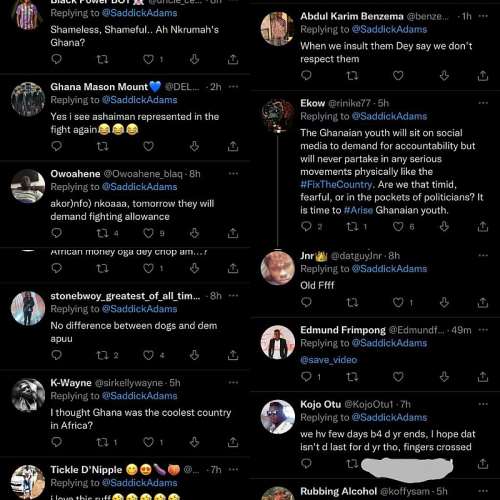 Meanwhile, Parliament is set to resume sitting this morning to continue the debate on the E-Levy.

Voting on whether the E-levy bill should be taken under a certificate of urgency by MPs in the house is amongst the first issues to be tackled when the Speaker, Rt. Hon. Alban Bagbin takes his seat.