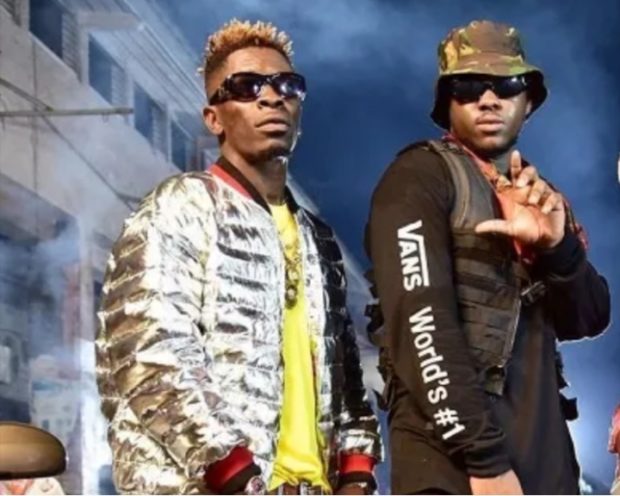 Shatta Wale was arrested on Tuesday, October 19, 2021, for faking a gun attack on himself.

He was charged with publication of false news and causing fear and panic and was remanded at the Ankaful Prison for five days. He was later granted a GH¢100,000 self-recognizance bail.

The three accomplices were also granted GH¢100,000 bail with one surety each.

In a related development, hiplife artiste, Samuel Frimpong, popularly known as Medikal, is also expected to reappear in court today to continue his trial following his alleged brandishing of a weapon in a video on social media.

Medikal, who is facing charges of displaying arms and ammunition, has pleaded not guilty to the charge.

He was charged with displaying arms and ammunition and was also remanded into prison custody for five days.

He was subsequently granted bail to the tune of GH¢100,000 with one surety.

Related Topics:MEDIKALShatta Wale
Up Next

Delay insists Amerado is just a ‘friend’ amidst dating rumours