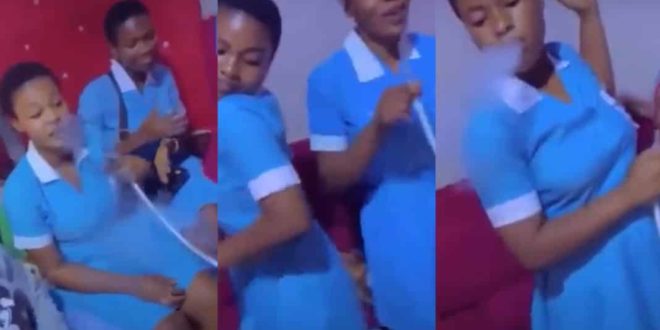 Some girls who are believed to be students at the Sunyani Senior High School have gone viral as they display their goofy side on social media.

These rather charged-up girls are seen in a video smoking from a shisha pipe as they gather in a room.

The video, which has since gone viral, gives a sour account of these young girls “having fun” while blowing out smoke from their nostrils with so much expertise.

One interesting part about the video is that these girls were in their school uniforms as they partook in the questionable act.

Check out the video below…

According to reports, the students have been slapped with an indefinite suspension by the management of the Sunyani Senior High School.