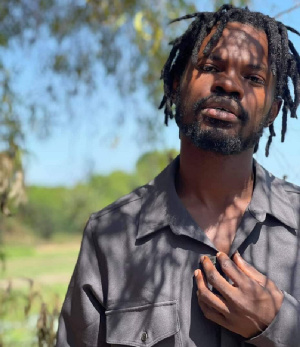 Social media users have reacted to Fameye’s post where he shared an instance he was totally reduced to nothing by a University of Ghana student when he [Fameye] almost run into a bus the student was on board.

The musician had said he drove recklessly on the Shieshie road but apologised for the offence he committed, only for the student to film him with a phone. Knowing the intention of the student, he seized the phone and drove off.

In a tweet, Fameye said he would only release the phone on the condition that the student apologises, unlocks the phone and deletes the footage.

But his claim didn’t hold for long as the said young man who identifies as Dave on Twitter has refuted the allegations leveled against him on social media.

According to Dave, contrary to Fameye‘s claim that he apologised for the reckless driving, no apology was offered.

This has elicited reactions from tweeps.

Below are some reactions.