Home / ENTERTAINMENT / Something is not right! – Ghanaians react after UTV announces John Dumelo as next host of United Showbiz 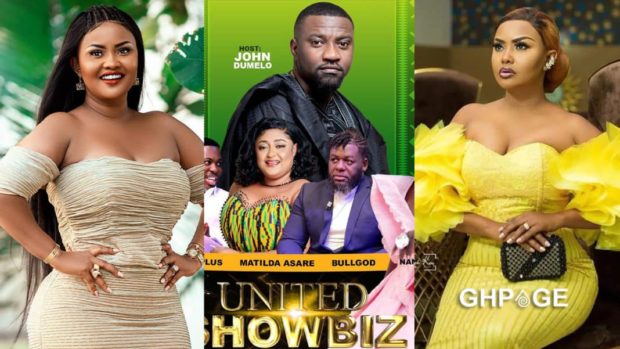 Something is not right! – Ghanaians react after UTV announces John Dumelo as next host of United Showbiz

The Despite Media Group has unveiled John Dumelo as the host of its highly patronised prime time entertainment show, United Showbiz, for this weekend.

The latest announcement comes barely a week after the management of United Television released a flier with Yvonne Nelson as host for last week’s edition of the programme.

Some loyal viewers were taken by surprise after Yvonne hosted the show in the stead of Nana Ama McBrown who has been the face of United Showbiz and a regular host for that matter.

Many were hoping to see the return of Nana Ama McBrown but it appears UTV managers have a different plan, and this has raised eyebrows about what’s going on behind closed doors which the public is not yet aware of.

At this point, it seems something is really wrong somewhere because for McBrown to be sidelined again raises serious questions.

The rotation of hosts could be a new format being tested by producers and if it’s a hit, would it lead to McBrown being sidelined?

“What is really going on?” – this has been the question on the minds of her fans.

SOURCE:GHPAGE
after ANNOUNCES AS Dumelo GHANAIANS HOST IS JOHN NEXT not OF REACT RIGHT SHOWBIZ Something UNITED UTV 2022-02-19
Elvis Anokye
Share