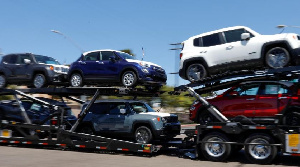 The Office of the Special Prosecutor has directed that the Customs Division of the Ghana Revenue Authority may go ahead to conduct an auction sale of cars and goods.

This is on the back of a directive issued by the Special Prosecutor on August 22, 2022, in which it asked Customs to halt and discontinue all auction sales until the conclusion of an investigation by his office.

In a new release, the OSP has issued a review of the directive saying “the Customs Division may commence auction sale of vehicles and other goods from Monday 12th September 2022.

The OSP while reminding officials of Customs and prospective bidders of the ongoing investigation further directed that all auctions be made in strict accordance with the law.

The OSP in its August release announced that it had commenced investigations into corruption and corruption-related offences in the auction of vehicles and goods by the Customs Division of the Ghana Revenue Authority.

In a statement announcing this development, the Special Prosecutor, Kissi Agyebeng, said the investigation would cover the auction sale of cars and goods by Customs between July 2016 and August 2022.