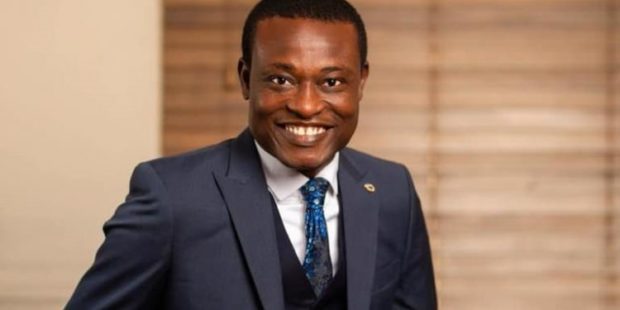 The Special Prosecutor, Kissi Agyebeng, has invited Alex Sarfo Kantanka, the Municipal Chief Executive nominee for Juaben in the Ashanti Region, for questioning following a viral video of him allegedly demanding a refund of bribes he paid to assembly members for his confirmation.

The Special Prosecutor described Mr. Sarfo Kantanka as “a person necessary for the investigations.”

He has thus been directed to be at the office of the Special Prosecutor in Accra at 2:30 pm on Tuesday, November 9, 2021, for an interview.

“You may be accompanied by counsel of your choice,” a letter addressed to Mr. Kantanka and sighted by Citi News added.

Mr. Agyebeng in the letter further indicated that his office “has commenced investigations into allegations of corruption and corruption-related offences (especially corruption and intimidation in respect of a public election) particularly in relation to your  Alex Sarfo Kantanka’s nomination and confirmation or otherwise as the Municipal Chief Executive of Juaben Municipality in the Ashanti Region.” 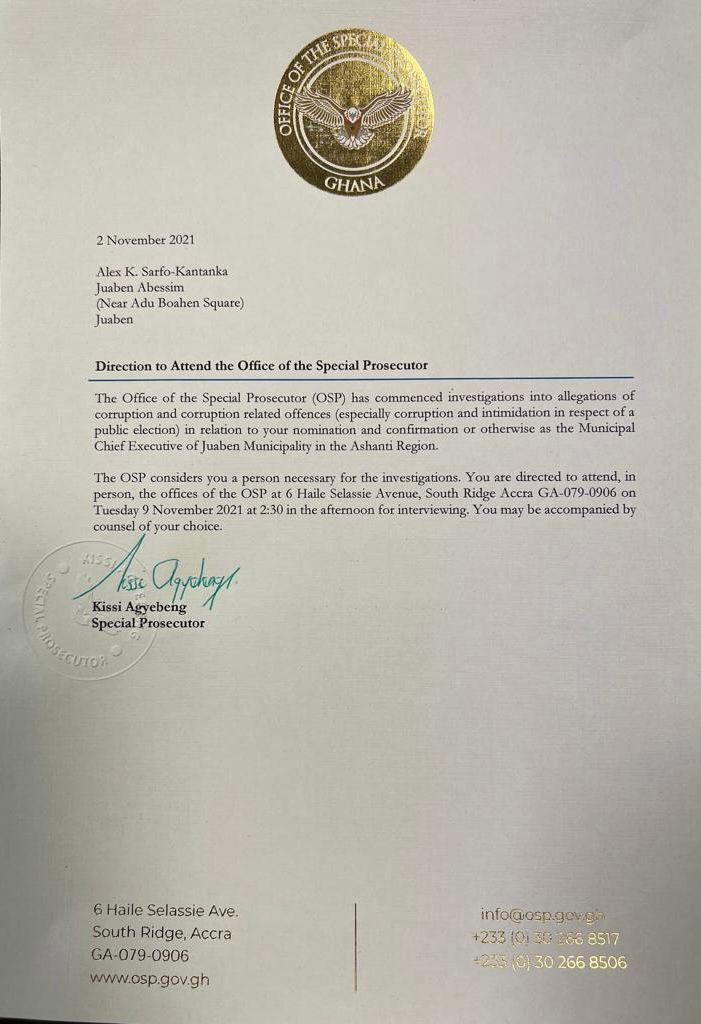 The president’s nominee, for the Juaben Municipal Assembly, was rejected by assembly members in the area.

An unhappy Alex was captured in a secretly filmed video, demanding a refund of the bribe he allegedly paid to some assembly members after they rejected him during a nearly chaotic confirmation process.

The rejected nominee was captured in a video hurling insults and curses at some individuals believed to be assembly members for accepting his money but refusing to confirm him as the substantive MCE for the area.

He was also seen angrily exchanging words with some assembly members and demanding the return of monies paid to them.

He demanded that everyone who accepted the cash “return his money urgently”.

Meanwhile, police arrested him and subsequently granted him a self recognizance bail.

Police officers in the municipality have also commenced investigations into the alleged bribe payments to ascertain the truth of the matter.

15-year-old dies during fight over boyfriend