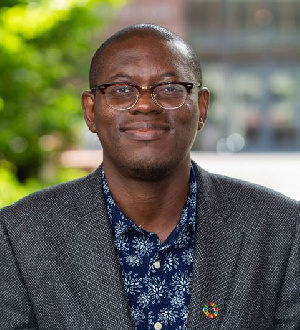 Vice President of IMANI Africa, Bright Simons, has raised doubts about a claim by Vice President Mahamudu Bawumia that SSNIT annually saves $30 million used to print SSNIT cards because of the use of the Ghana Card.

Bright Simons argues that Dr. Bawumia’s claim suggests that the Social Security and National Insurance Trust (SSNIT) has been producing cards at $3,000 for the about 10,000 persons it registers annually.

In a tweet, Simons suggested that if the figures given by the vice president are correct, then the cost SSNIT incurred for printing its cards was outrageous.

“The average number of new members added to the Ghanaian Social Security Scheme (SSNIT) every year has been about 10,000 in recent years. This revelation means that SSNIT spends roughly $3000 per membership card annually. Fascinating,” parts of the tweet read.

Speaking at the Civil Service Awards ceremony held in Accra on July 29, 2022, Dr. Mahamudu Bawumia said that as a result of the integration of the SSNIT card into the Ghana card, the state pension body no longer has to spend money on printing pension cards for beneficiary members.

“Today, we’ve integrated the Ghana card with the SSNIT card, so SSNIT no longer has to print SSNIT cards again. They are saving close to $30 million every year now because they only need the Ghana card,” the vice president said.