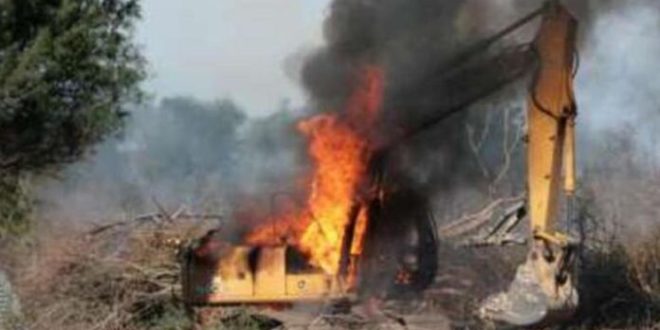 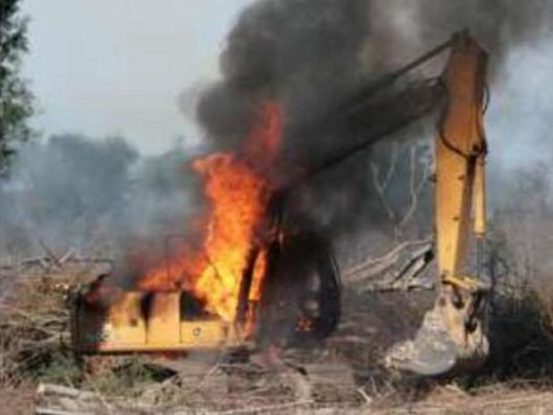 Some Chiefs in the Central region have urged the government to stop burning their excavators and rather use them to fix the deplorable roads in the region.

According to the Chiefs, the burning of excavators seized by the anti-galamsey taskforce won’t solve the galamsey menace the country is facing.

Speaking to EIB Network Central Regional Correspondent Yaw Boagyan, the Ankobeahen of Twifu Atti-Mokwa Traditional Area who also doubles as the Odikro of Twifu Ntafrewaso, Nana Gyamera Akoto II said, the Minister for Lands and Resources should explain the rationale behind the burning of excavators.

“As a Chief, I think burning down excavators which have been hugely invested in is madness and shouldn’t be encouraged in this country.”

The Chief added that mining in the area has given job opportunities to most of the Youth in the Central Region.

He further added that most of the mining activities in the Central Region are legal and the government must allow them to operate.

He said the excavators that were burnt could be have been used to reshape our deplorable roads in the country.

Previous Korle Bu operates on grace of God, not equipment – Mother who lost her son after surgery
Next VIDEO: 6 hot Ghanaian secular and gospel collaborations that made headlines