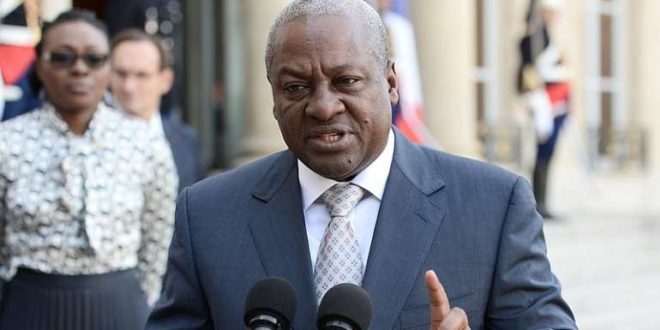 According to him, the apex court’s ruling is a deliberate display of disrespect to the country’s democracy.

He said the representation of the people is at the heart of our democracy therefore any decision that denies the citizenry representation is a travesty of justice.

Mahama further wondered whether the Supreme Court’s 5-2 ruling meant that the substantive case had been predetermined against the NDC MP.

In a Facebook post on Thursday, April 14, the National Democratic Congress (NDC) 2020 presidential candidate wrote, “I cannot understand how an MP can be restrained from carrying out his duties when the substantive case to give finality to the question of his legitimacy has not been determined.”

“Or is it the case that the outcome of the substantive case has been predetermined against him?” he quizzed.

The Supreme Court by a majority decision of 5-2 on Wednesday, April 13, 2022, ordered Mr Gyekye Quayson to stop holding himself as a lawmaker.

The ruling by the apex court has generated mixed reactions, with some members of the opposition National Democratic Congress (NDC) describing it as an aberration of justice.

Godfred Dame, described the ruling as the enforcement of the long-standing position of the constitution.

Attorney-General and Minister for Justice think the embattled Assin North MP, James Gyakye Quayson, should be made to face the same fate as the former New Patriotic Party’s Adamu Sakende.

The late Adamu Dramani Sakende was sentenced to two years imprisonment for owing allegiance to Ghana and Burkina Faso when he contested the election to be Bawku Central MP, which he subsequently won.

To Dame, the cases are the same hence similar principles must be applied, and the law ought to be equally applied in the case of James Gyakye Quayson.

”I think that there ought to be an even application of the law, the same fate that befell Adamu Sakande, who was not qualified at the time that nominations were opened, and we all know what happened to him.

“Adamu Dramani Sakande found himself in a similar situation. As a result, he was not qualified by the time nominations were opened and was subsequently declared ineligible, and, for that matter, his seat was taken away.

“So there has to be an even application of the law. If it happened to Adamu Sakande of the NPP, it should happen to a gentleman of the NDC who finds himself in the same situation.”

But Mahama Ayariga, Member of Parliament for Bawku Central Constituency, indicated that the Supreme Court should have ruled to allow Gyakye Quayson, to continue discharging his duties as a substantive MP until a final determination of the case.

Ayariga said the current situation has dealt some blow to the numbers of the minority in parliament as there presently wouldn’t be any representative for Assin North in Parliament.