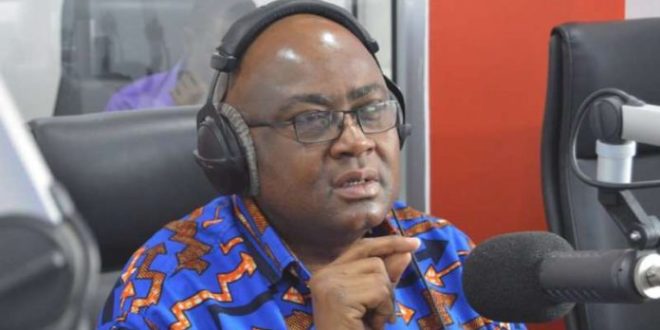 After predicting some of the outcomes from the just-ended national delegates conference of the governing New Patriotic Party, NPP; Sam Nartey George, Ningo-Prampram MP, thinks renowned pollster and Editor of the Daily Dispatch, Ben Ephson, has lost credibility.

According to him, he is surprised there are some Ghanaians who still believe in the predictions of Ben Ephson.

He said, Ephson’s “voodoo” polls always goes in favour of the highest bidder and not in correct scientific systematic research methods.

He noted that, believers of Ephson’s projections are the same people who believe President Nana Addo Dankwa Akufo-Addo is a “messiah”.

“Those who still take Ben Ephson serious are those who still believe that Nana Addo is the messiah. Tweeeaaa. All he engages in is polls for hire. If you pay him, you would win in his voodoo polls. Why the media still gives credence to him beats me!

“Let me go and find something to eat and wait for his 5th prediction of me losing an election.”

Ben Ephson in the lead-up to the NPP’s National Delegates Conference predicted that defeated General Secretary, John Boadu was on course to secure re-election. At the end of the polls, Boadu lost to Justin Frimpong Kodua, in what has been described as an upset.

There are other predictions from Ben Ephson which have not gone as projected, leaving some political watchers to doubt the work that he does in terms of projecting the outcome of an election.