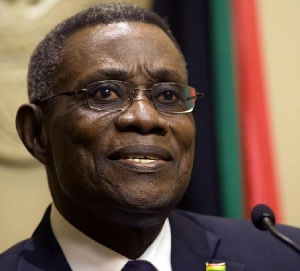 From post colonial regimes to the days of constitutional democracy, Ghana has had many heads of state.

While some will be remembered for their heroism and stewardship, the memories of others will be recalled with misgivings.

In chronicling Ghana’s political history, one of such heroes many are likely to tout is Ghana’s 10th President, the late Professor John Evans Fiifi Atta Mills.

Born on the 21st day of July, 1944, Professor Mills became the President of Ghana after two previous defeats in the 2000 and 2004 presidential elections.

Unshaken by the loses, the erudite tax professor braced himself for the 2008 contest, where he finally prevailed against then candidate Akufo-Addo, who is now Ghana’s incumbent President.

The 2008 election was a particularly intriguing contest.

This was because, unlike previous elections, the winner of the polls was decided after a famous ‘last minute’ run-off elections in the Tain Constituency.

The political climate at the time was charged, and both candidates and their supporters were compelled to sit on tenterhooks.

Yet after the long ride, Ghana’s Electoral Commissioner, Dr. Kwadwo Afari Gyan, called the elections in favour of Professor Mills, the then candidate of the opposition National Democratic Congress (NDC).

His victory threw the country into widespread jubilations. This was because, a lot of citizens were unhappy with the then political establishment, led by President John Agyekum Kufuor.

Many Ghanaians felt that even though Kufuor had done his best, the quality of lives had not improved; hence the ousting of the New Patriotic Party (NPP).

Candidate Akufo-Addo who vied on the ticket of the incumbent party, amassed a total of 4,480,446 votes; translating into 49.8% of the votes.

Mills subsequently took office on 7th January, 2009, at a massively attended swearing-in ceremony at the Independence Square, in Accra.

After that eventful ceremony, ‘Uncle Atta’, as he was affectionately called rolled his sleeves and jumped into the trenches to fix Ghana’s economy.

Indeed, with the introduction of some landmark policies, Ghana’s inflation was bettered.

Mills also implemented the Single Spine Salary Structure – a wage policy, which shored up the earnings of many Ghanaians, especially workers in the public sector.

As an educationist, Professor Mills also turned his attention to improving the quality of teaching and learning in the country.

In this regard, the regime abolished the shift system in public schools and embarked on an aggressive removal of schools under trees.

This highlight of his successes was not without the usual criticisms and sentiments from a section of the populace.

The opposition NPP accused him of being a weak leader, who could not crack the whip on errant appointees.

They further alleged that Mills had converted the Castle at Osu (which was the seat of the Presidency), into a prayer centre.

But in his regular calm and composed disposition, Mills responded to his critics with exceptional decorum and civility.

Even when jabs where thrown at him, he employed wits and humour to deflect their impact.

This earned him the nickname ‘Asomdwehene’; to wit, ‘peaceful ruler’. But this accolade did not inject peace into the hearts of Ghanaians.

This was because, three years after his installation as President, he troubled the hearts of many Ghanaians with the news of his demise.

It was a fateful Tuesday afternoon. The central business district was clumsy and busy as usual.

The citizens were going about their daily routine when the press broke the news of Mills’ death. Indeed it was a bolt from the blue.

Even though his ill-health had been widely reported, the President affirmed his fitness, when he spoke at the Kotoka International Airport, upon return from a health check up in South Africa. This happened few weeks to his death.

The country was thrown into mourning. Some nerves were unsettled. Emotions were stirred and adrenalin levels escalated.

Ten years after his death, JoyNews shines the light on the man who was hailed for his meekness, calmness and virtue-inspired leadership.

In a yet-to-air documentary by JoyNews‘ Paa Kwesi Schandorf on the JoyNews channel, the memory of Ghana’s 10th President will be awakened.

Here’s a teaser of for you below! Anticipate!