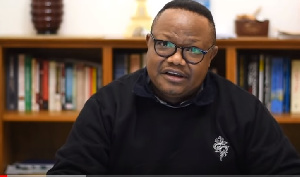 “The countdown to official declaration seems to be well underway. Military parade vehicles in the streets of Dar es Salaam,” he posted in a tweet accompanied by a photo of military vehicles transporting some materials.

In a follow up tweet, he referred to a Bob Marley quote: ‘you can fool some people some time, but you can’t fool all the people all the time. And now we see the light!’

He added that “preparations for a military parade are going on, the VP is busy touring the country as if nothing is happening.”

Lissu has in the past week posted tweets about the health status of president Magufuli who has not been seen publicly since late February.

He initially claimed that the president had been flown to Kenya and onward to India for coronavirus related treatment. Yesterday, he alleged citing intelligence sources that the president was partially paralyzed and on life support.

Four people have been arrested by authorities for making posts on social media relative to the health of the president.

A leading opposition party, ACT Wazalendo, has also in an official statement demanded the whereabouts of the president claiming that the country was in the hands of unelected bureaucrats.