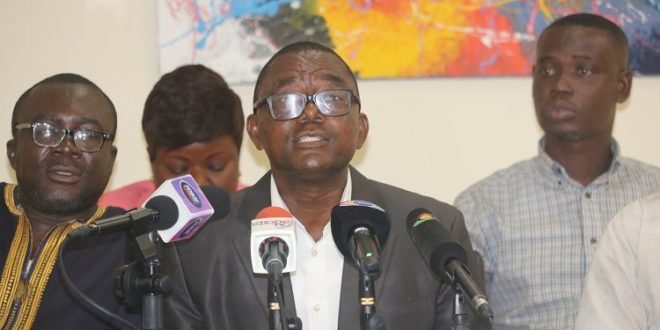 The Technical University Teachers Association of Ghana (TUTAG) has called off its nationwide strike after the National Labour Commission (NLC) secured an interim injunction on the industrial action.

The association in a statement said its decision to call off the strike was a “demonstration of good faith which must be reciprocated by all stakeholders.”

“We are calling off the strike based on the understanding that payment of allowances shall not fall short of the existing rates paid to other public universities.”

But it added that it was disappointed in how the “NLC refused to go to court to enforce their 28 October 2019 ruling against the government but found it expedient to go to court for enforcement against TUTAG on its 8 January 2020 ruling.”

TUTAG declared an indefinite strike on January 6, 2020, in protest of the non-payment of allowances due its members following the conversion of polytechnics to technical universities.

The association was upset that the government did not comply with a ruling by the NLC to ensure that members of the association started receiving allowances due them from December 2019, January 2020 and February 2020.

Before the commission went to court, it met with TUTAG, the Ministries of Finance, Education, Employment and Labour Relations, Fair Wages and Salaries Commission and the Controller and Accountant‘s General’s Department and assured that the government would be working to migrate qualified TUTAG members to the single spine pay structure and pay them their allowances by January 29.

Now the association says it shall monitor to ensure that the government “abides by the terms of both the 28th October 2019 and 8 January 2020 rulings.”

Aside from the commission assuring that the government would be working to pay them their allowances by January 29, the NLC also directed that:
TUTAG 2020-01-16
Elvis Anokye
Share